We booked, what we have been told in the past by other guides, the best month for reds in LA. The weather was good, light winds and partly cloudy skies the first 2 days, but the fish were not cooperative. They were very spooky and did not eat as well as they are known to. Our guide Capt. Mike Helmer was great and knowledgeable but not a fly fisher. We enjoyed our time with him but it would have been cool to have more shots fly fishing. Turns out that it’s not June for the best fishing but October/November according to guides at Uptown Anglers.

Highlights of the trip was Michael’s 8 pound red on fly rod (his first one on fly), Matthew’s puppy red on fly, double hook ups with 11 pound reds, first gar for the both of them and first peckled trout.

The boys hardy fished with the fly rod due to the tough fly rod conditions. They fished primarily with jigs and spoons on bait-casting and spinning gear.

We ate very well while in Lafitte for 3 days. Everything is fried! No veggies at all. If you ask the cajuns what vegetables they eat, their response is “onion rings”. One night we brought our fresh catch to the local restaurant for them to prepare. That was a delicious meal. They also served bread pudding that I thought was the best I ever tasted…..until we went to New Orleans the last night and ate at Muriel’s. OMG the bread pudding there was spectacular, easily THE best I’ve had.

In New Orleans our last night we spent some time with family members (2 uncles,3 cousins,2 nieces, 3 aunts). It was the largest gathering of Syns in quite a long while.

Hopefully we will get to go back there soon but until then we have lots of great memories of a fun trip. 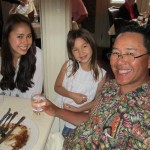 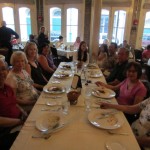 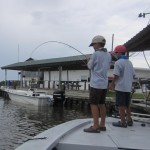 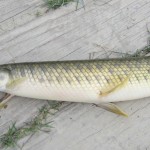 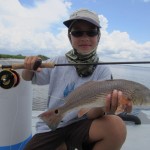 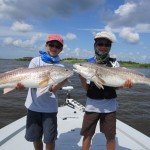 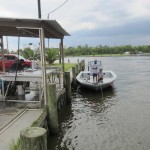 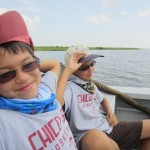 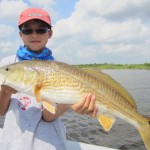 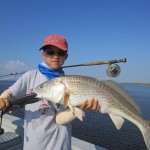 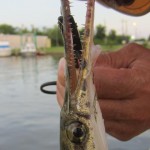 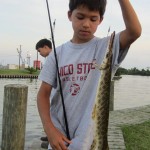 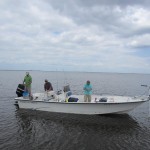 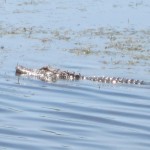 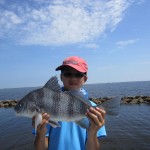 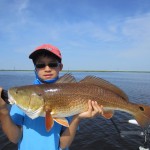 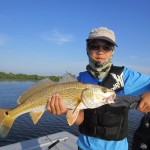 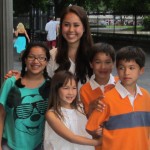