Pyramid Lake opener and beyond

I have never fished the opener on Pyramid lake and this year my friends insisted that I go to experience great trout fishing. I didn’t want to take the kids out of school so I went with just Benson. We left Weds. afternoon and arrived with some daylight left to see schools of busting Tui chubs near the shore. Since the next day was the opener we did not fish that evening. The weather turned a little sour the next day as we had some wind and rain. That is actually good weather for Pyramid lake. The fish were feeding on bait balls out at 60-100ft of water. That makes fly fishing for them very tough! For the 3 days we were there Benson and I managed to land 41 fish. Not bad BUT the jiggers were getting hundreds of fish! I tried jigging for the first time there and landed 12 in an hour and could have easily caught more but I went back to the long rod. Most of the campers around us were from Chico and at one point there were over 40 watercraft in the Warrior Bay. Looked like a bowl of Cheerios. 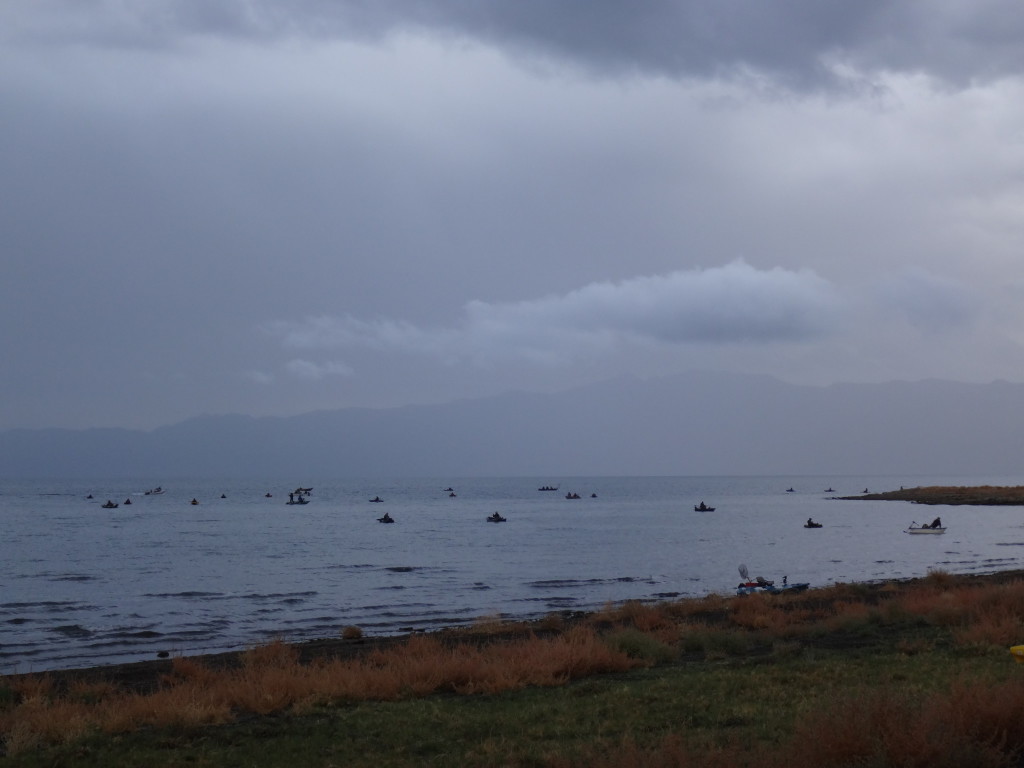 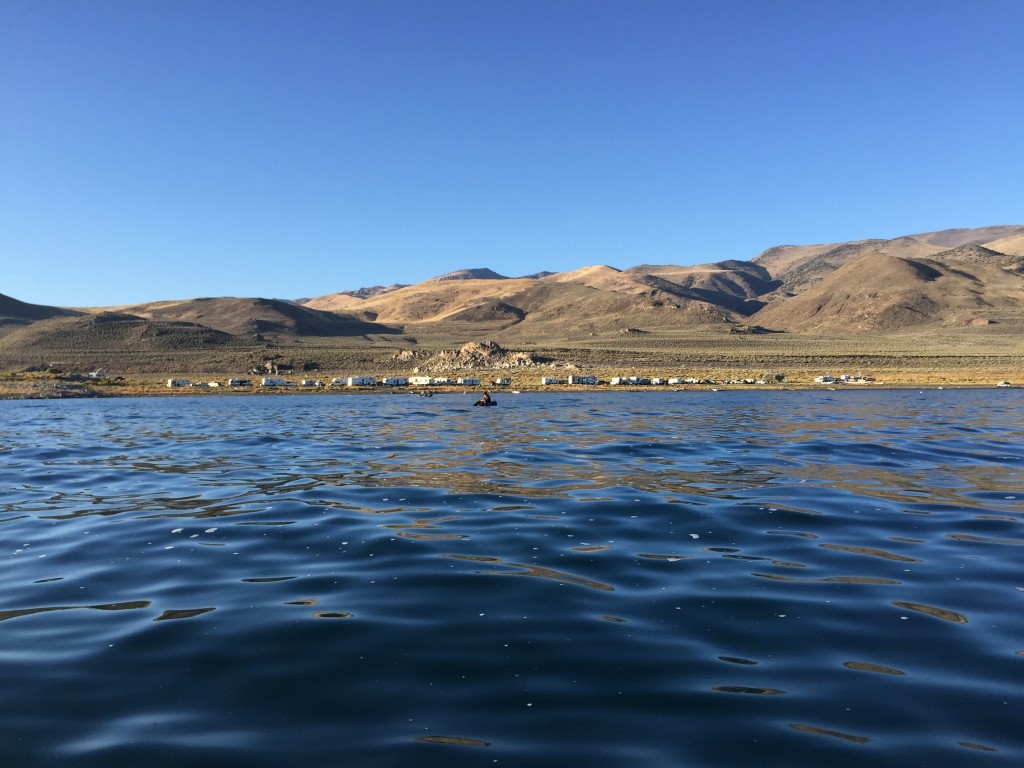 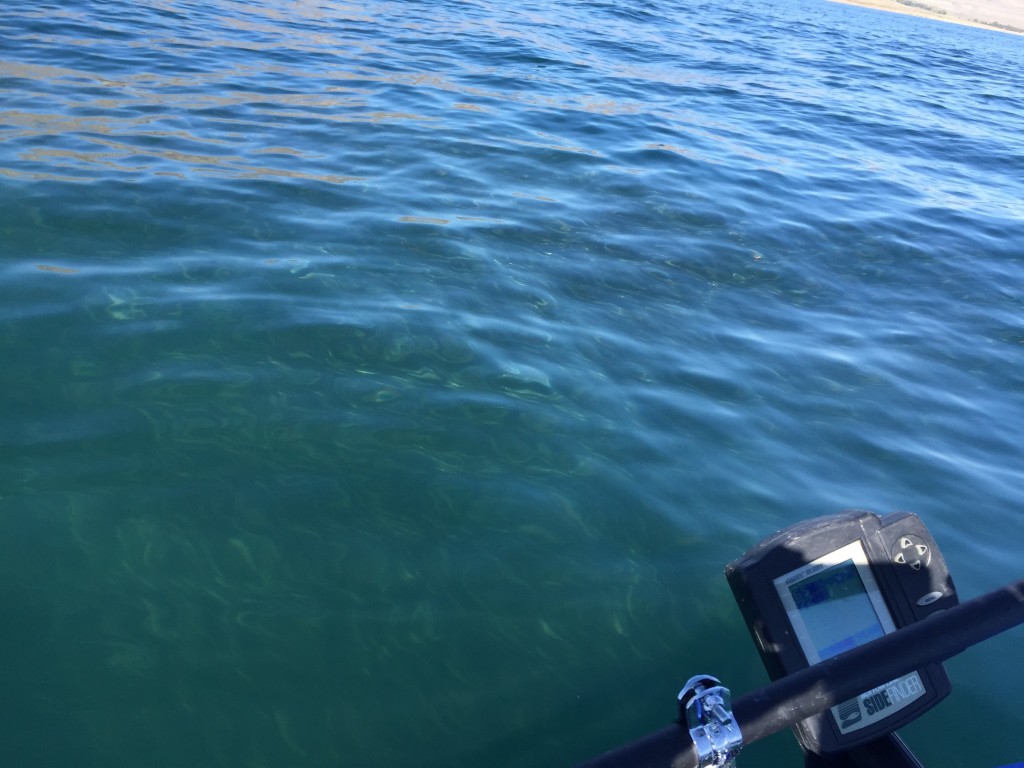 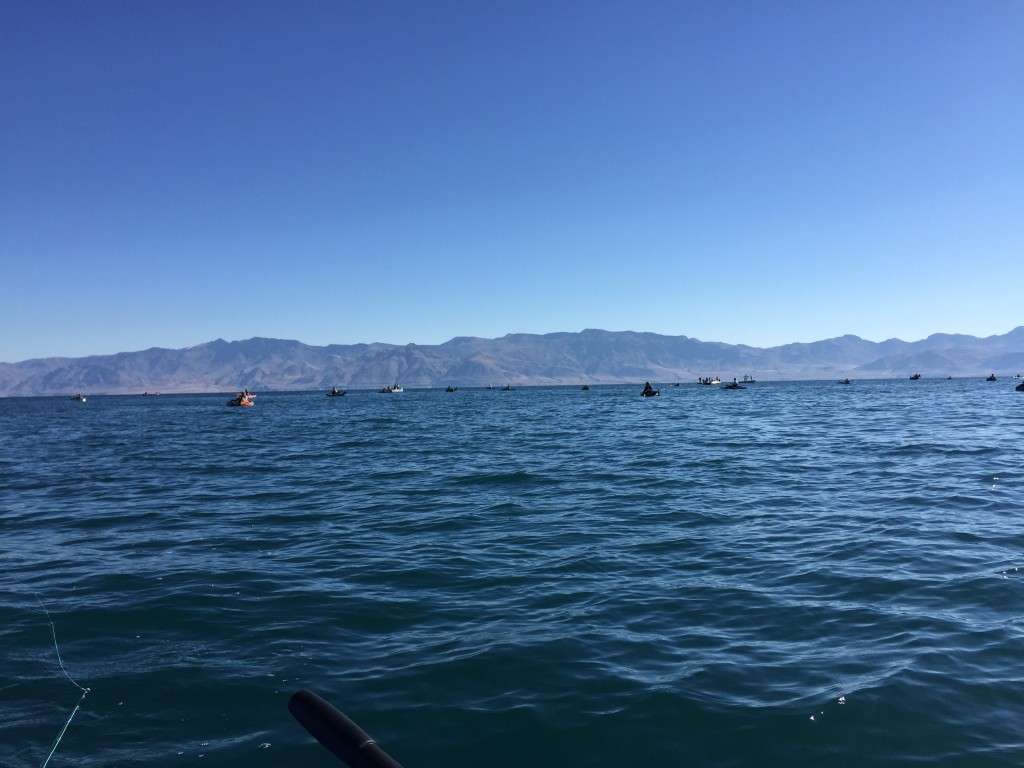 On Friday Jeff and Mike Sasaki and Garret Kubota joined us in the trailer but the fishing had already gone to a snails pace by then. The jiggers were still doing well but the fish were definitely out too deep for us. 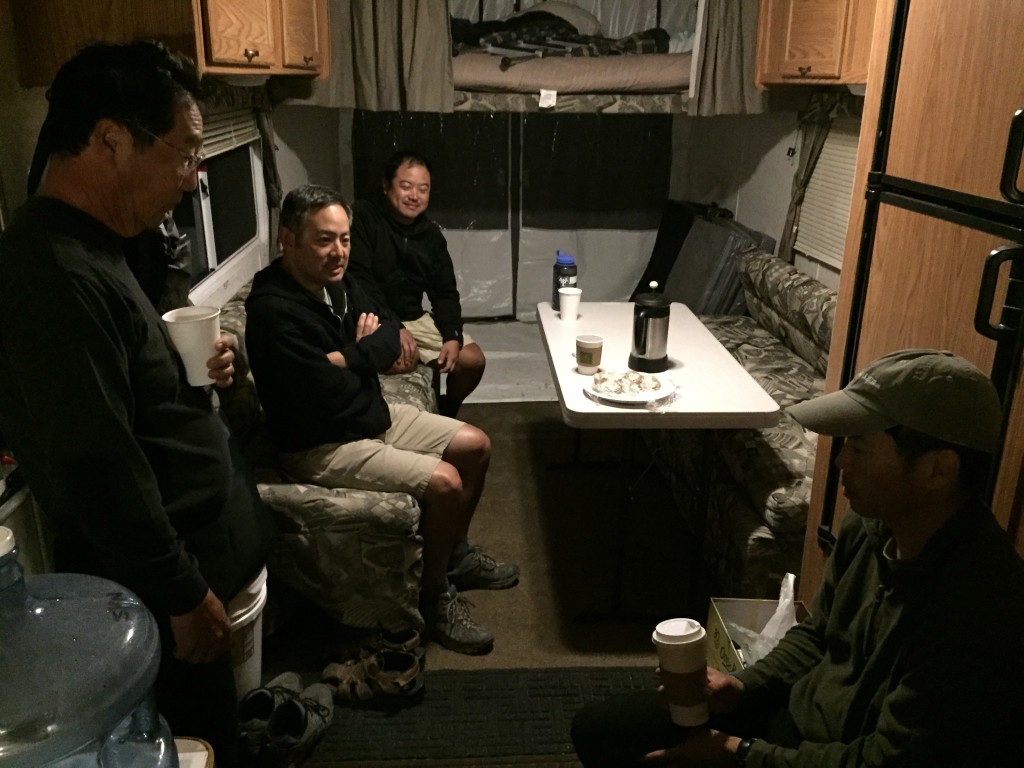 Two weeks later I took the boys and Pop B (Benson) joined us again. It was a fun trip but the fishing was even slower than the opener. The boys landed less than a handful of fish for 2.5 days of fishing and they tried jigging as well with limited success. Total for that trip was about 20 fish on flies (mainly caught by Pop B!) and 10 fish on jigs. 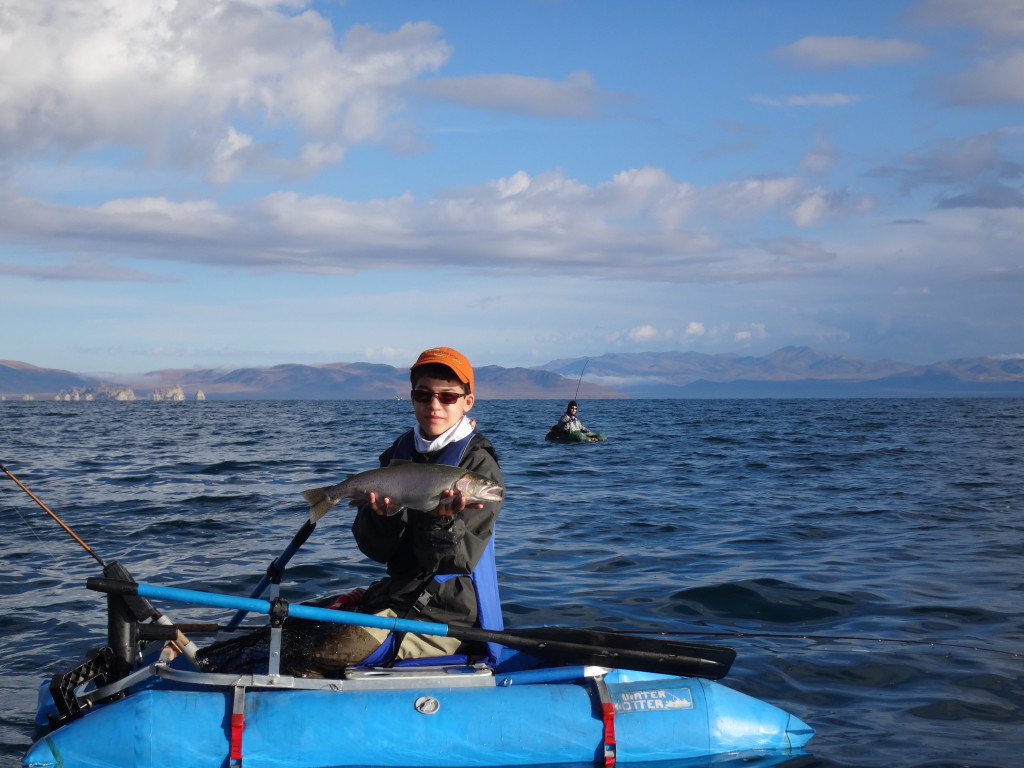 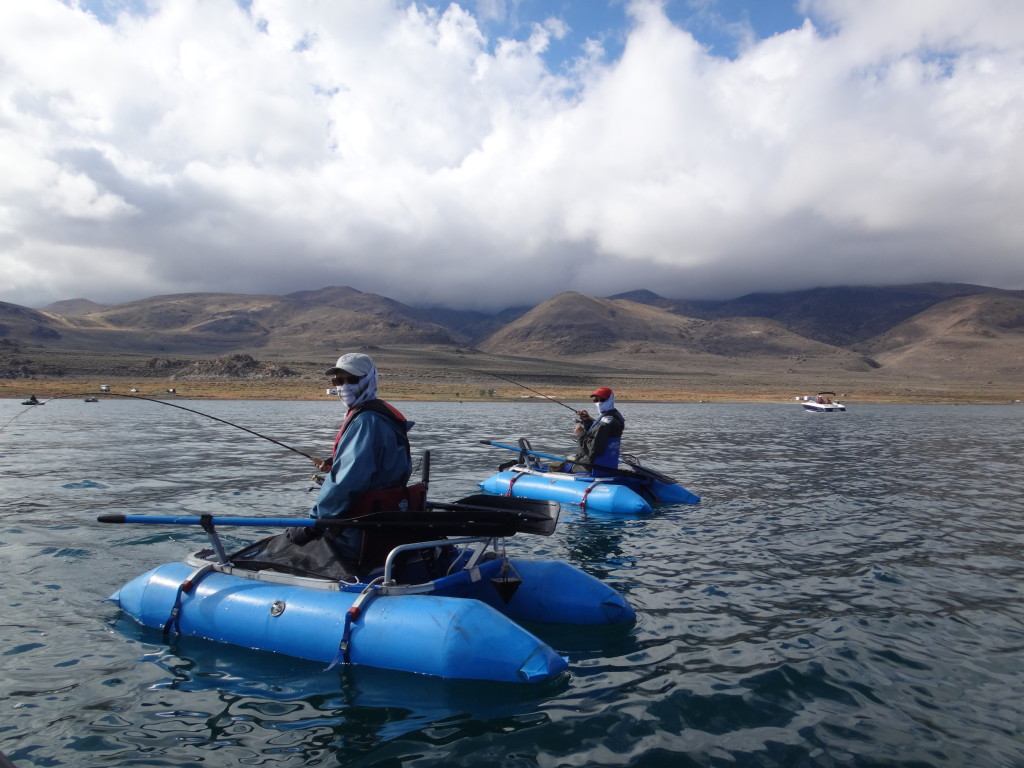 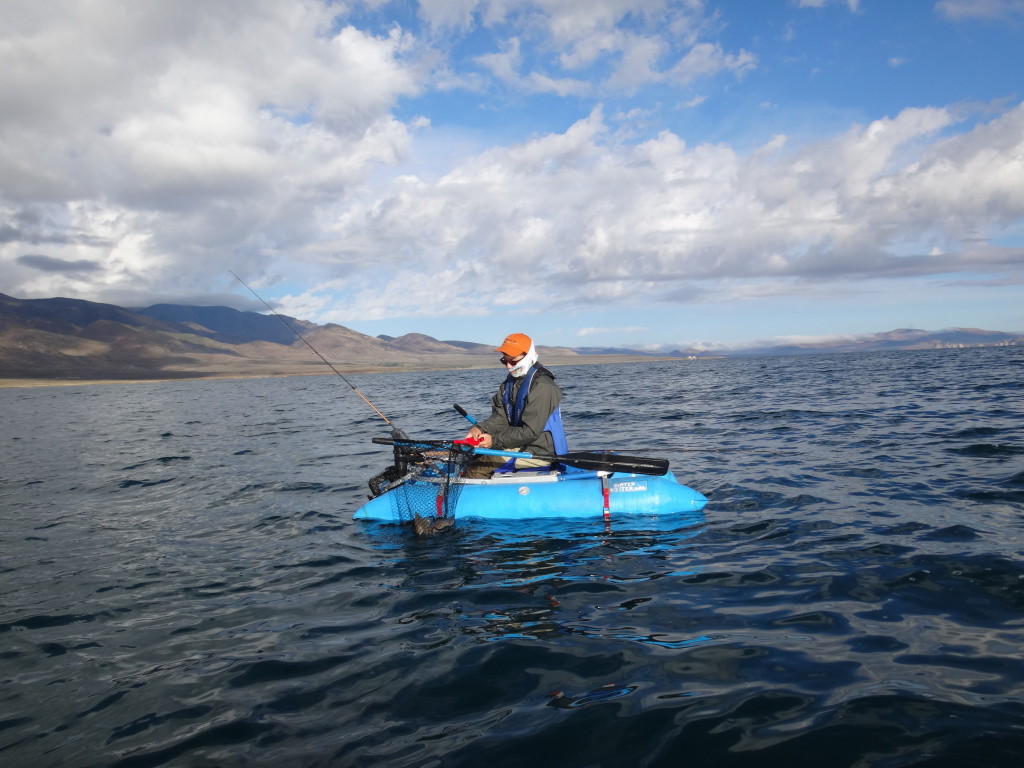 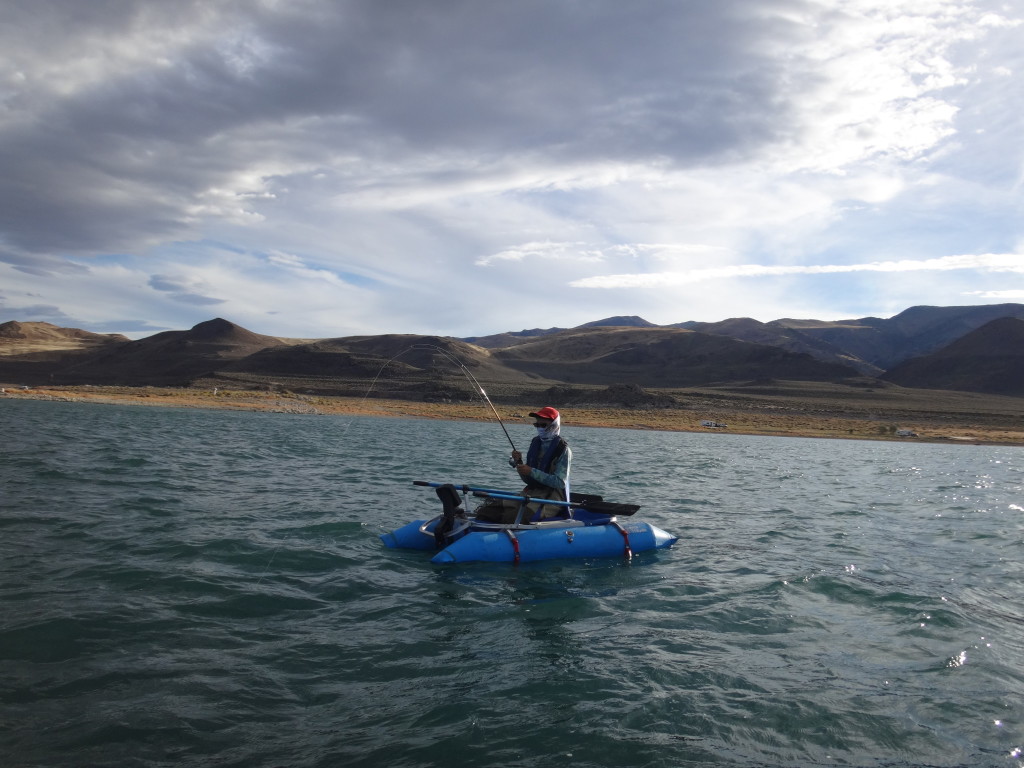 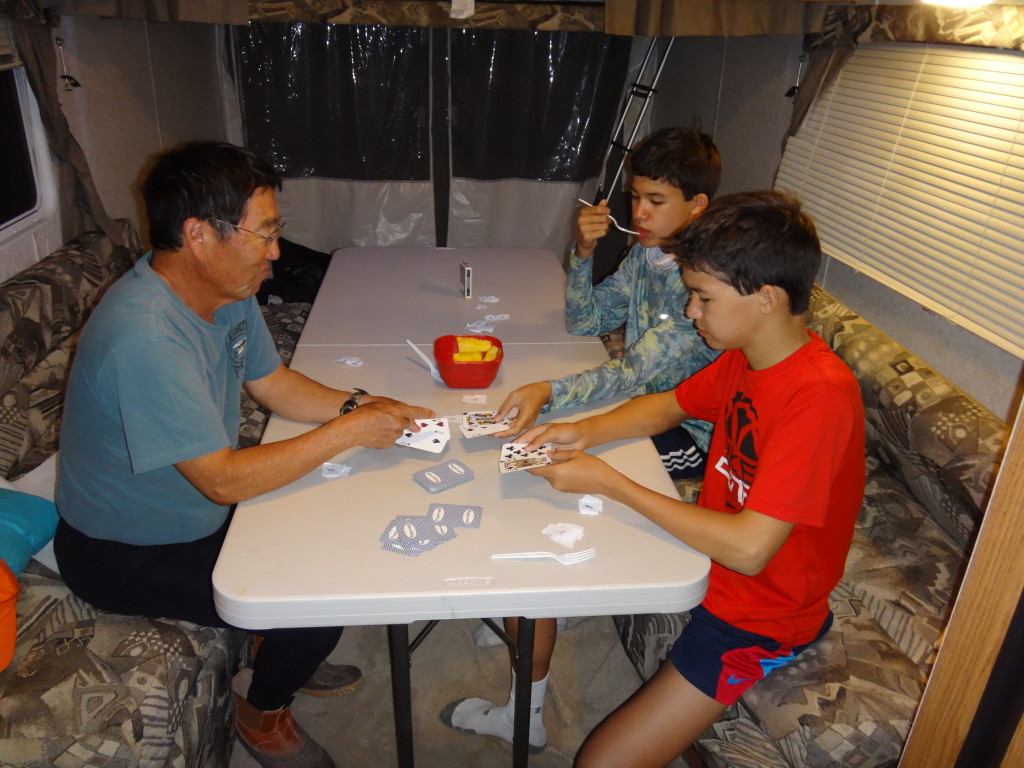 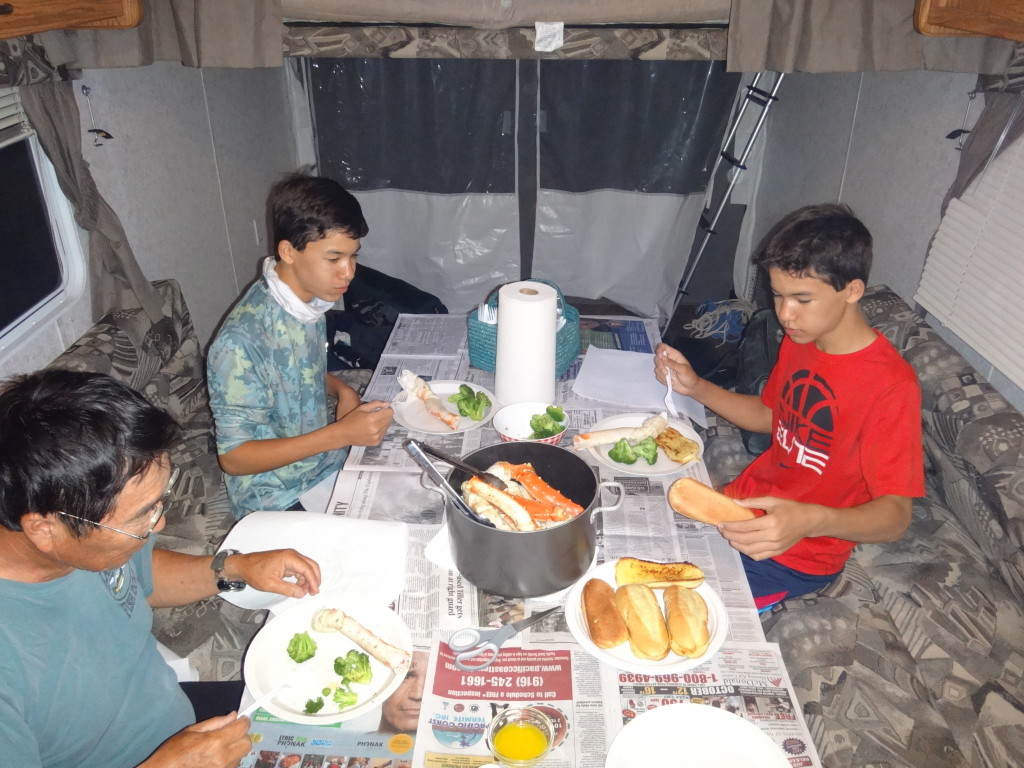 I will bring the boys to next years opener because it lands on a Saturday…. I bet it will be crowded!