Grimes stripers then shad scouting in the Chico area. 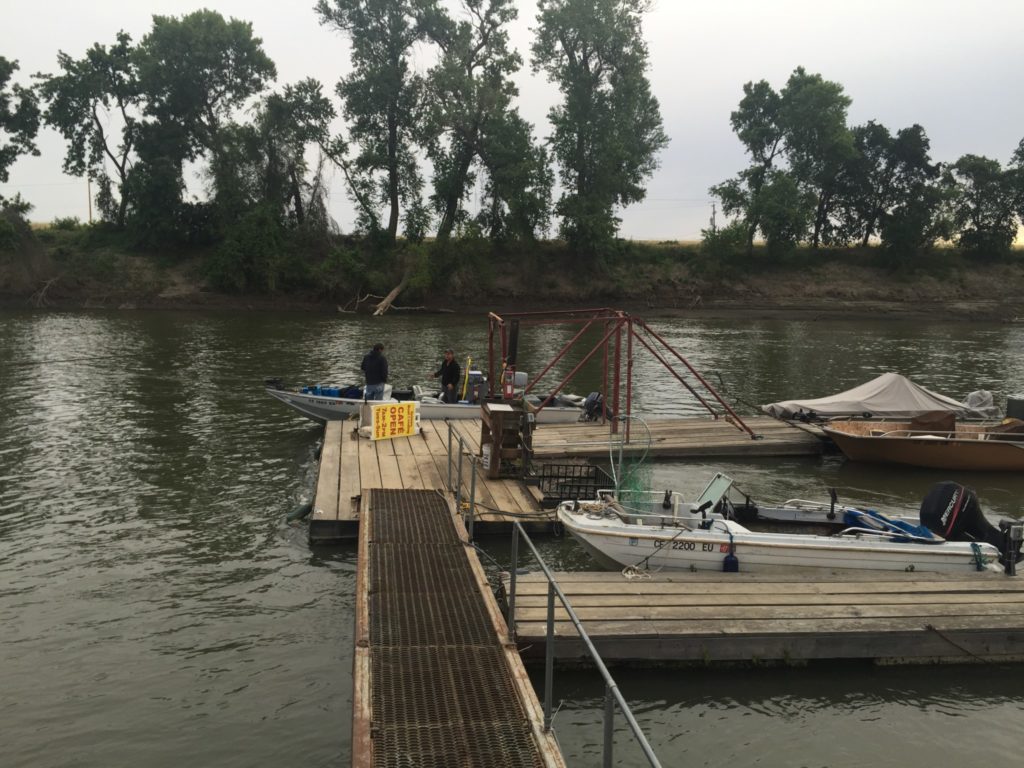 Mike Hendry has been fishing out of Grimes the past 4 weeks and has been giving me stellar reports on stripers with live bait. I have been wanting to try stripers down there all season but could not find the time. On Friday I had a free day and Mike was also available to take us to his hot spots. I invited Benson to join us for the day.

We got to Grimes at 6:45am and Mike was waiting for us on the water. We took a pass along a rock wall and I hooked up on heavy fish. I did not see the fish until the very end of the battle but I could tell it had some shoulders on it. It put me on the reel instantly and that was my primary goal for the day. I wanted a fish to put me on THIS particular reel. I have not fished this reel before and wanted to give it a try. 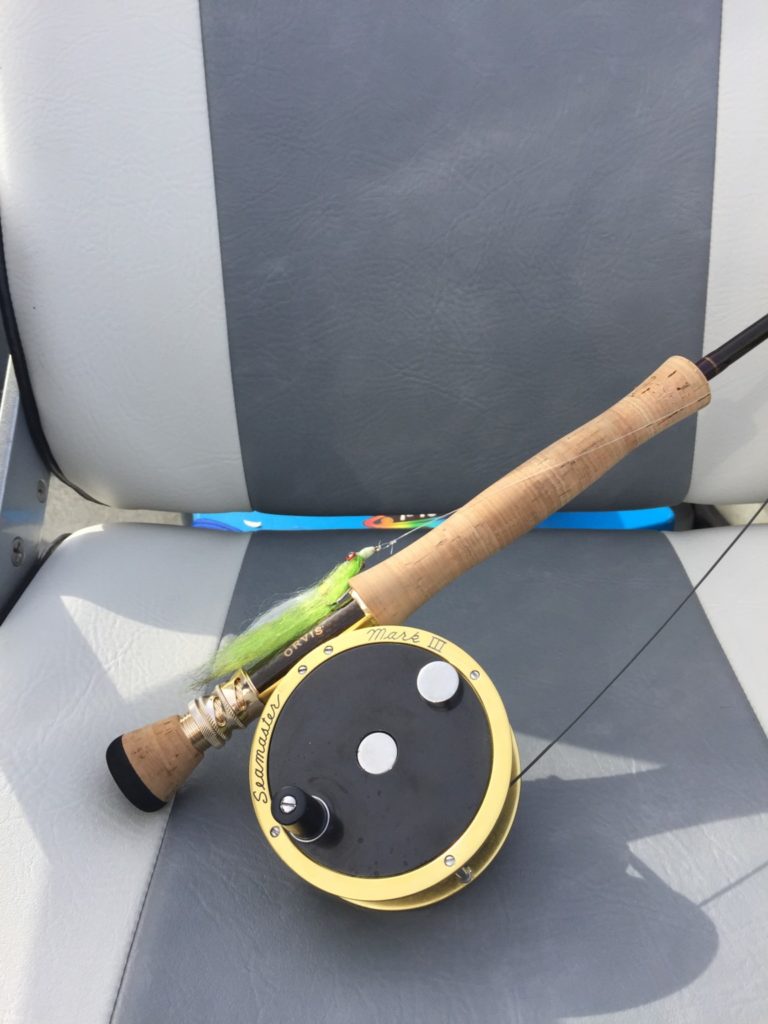 When Mike finally netted the fish we did not want to stress the “girl” much so we took some quick pics and I took my time to revive her before the release.  According to Mike it was every bit of 15 pounds and I would have say that’s pretty close. Does not really matter, it was a good grab and fight and got a good picture of a fat and healthy striper. 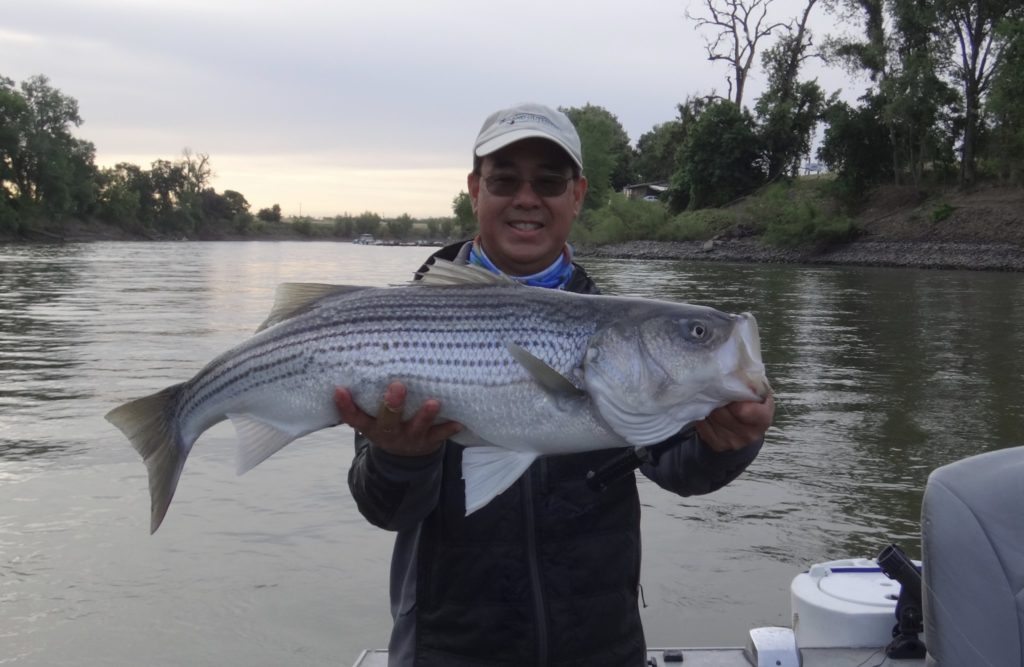 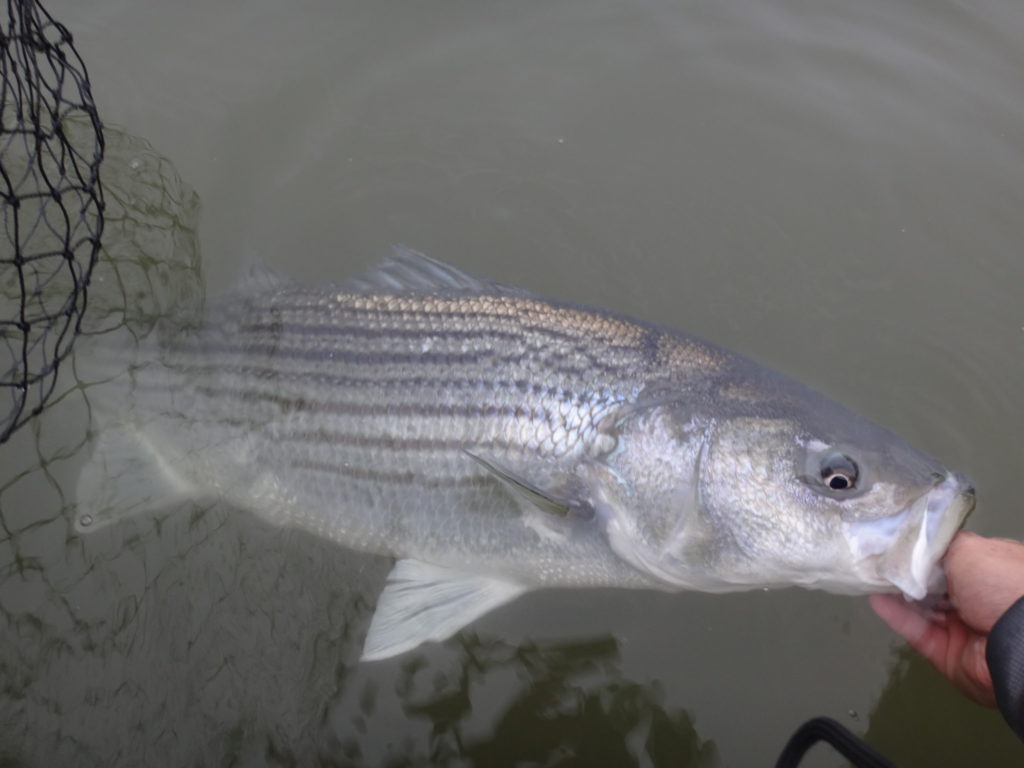 Benson hooked and landed one on fly and I got anther one and that was it for flies. They stopped grabbing as soon as the boat traffic started. Benson switched to live bait and proceeded to catch the vast majority of the fish! I continued to fly fish to no avail. 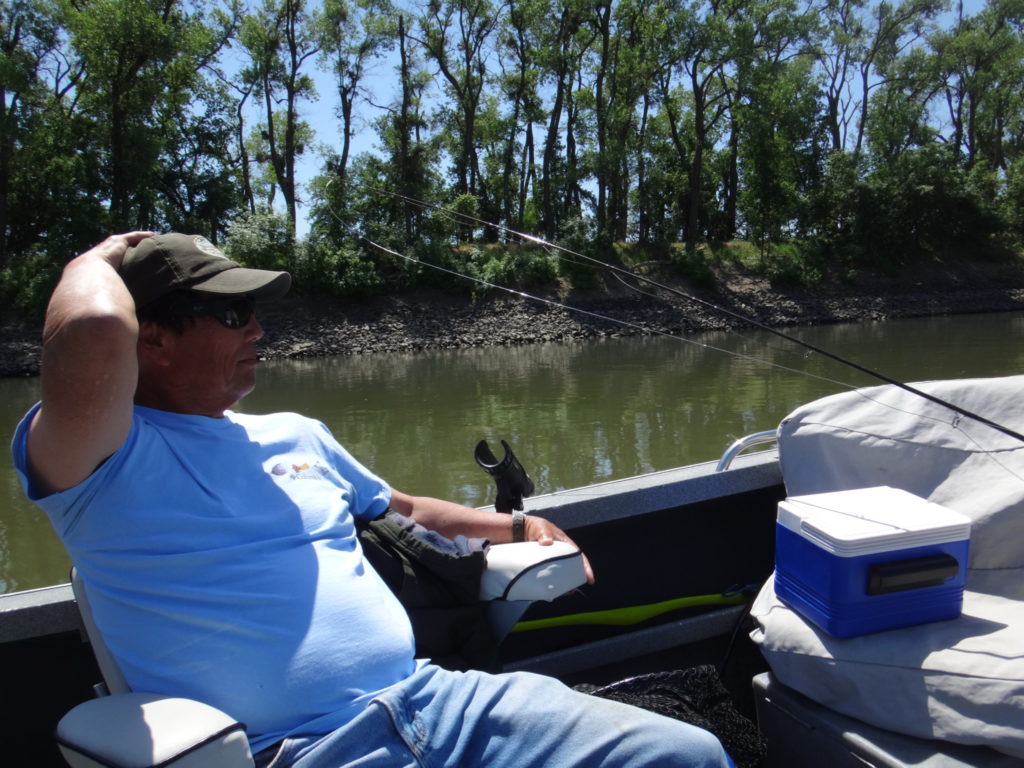 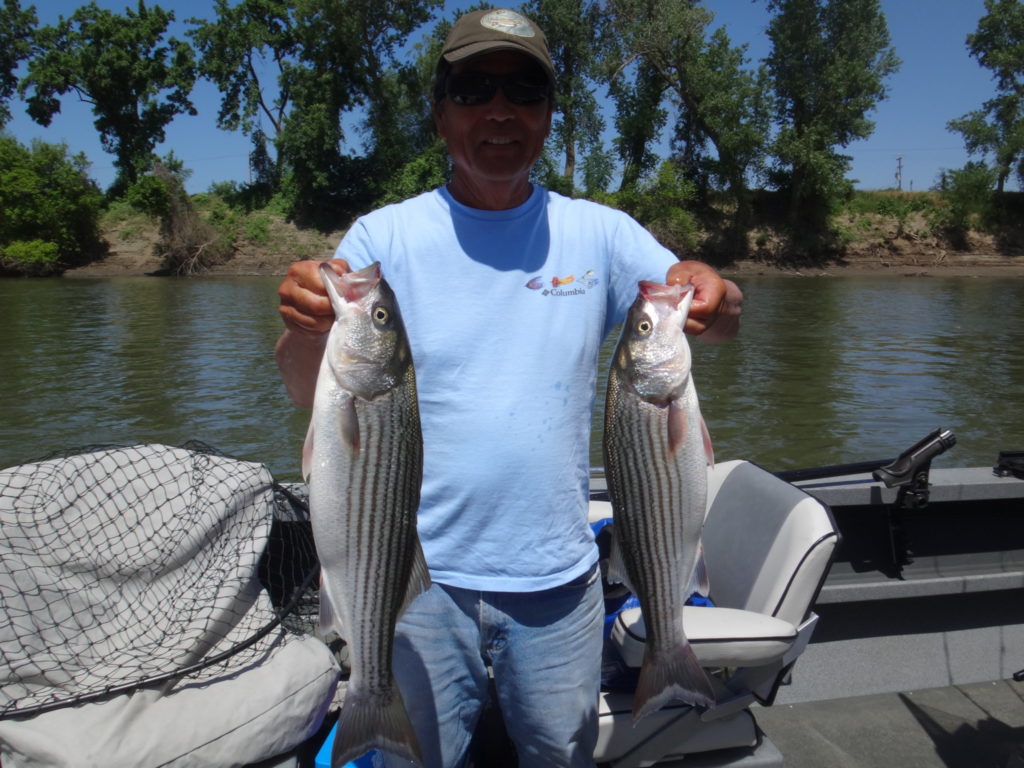 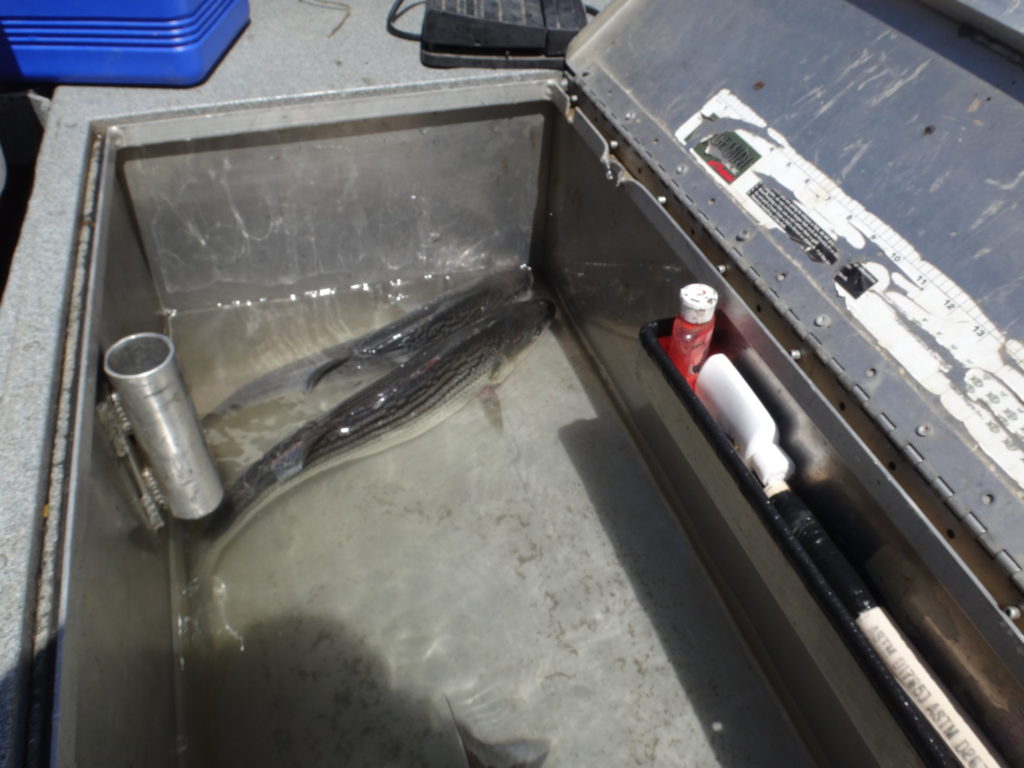 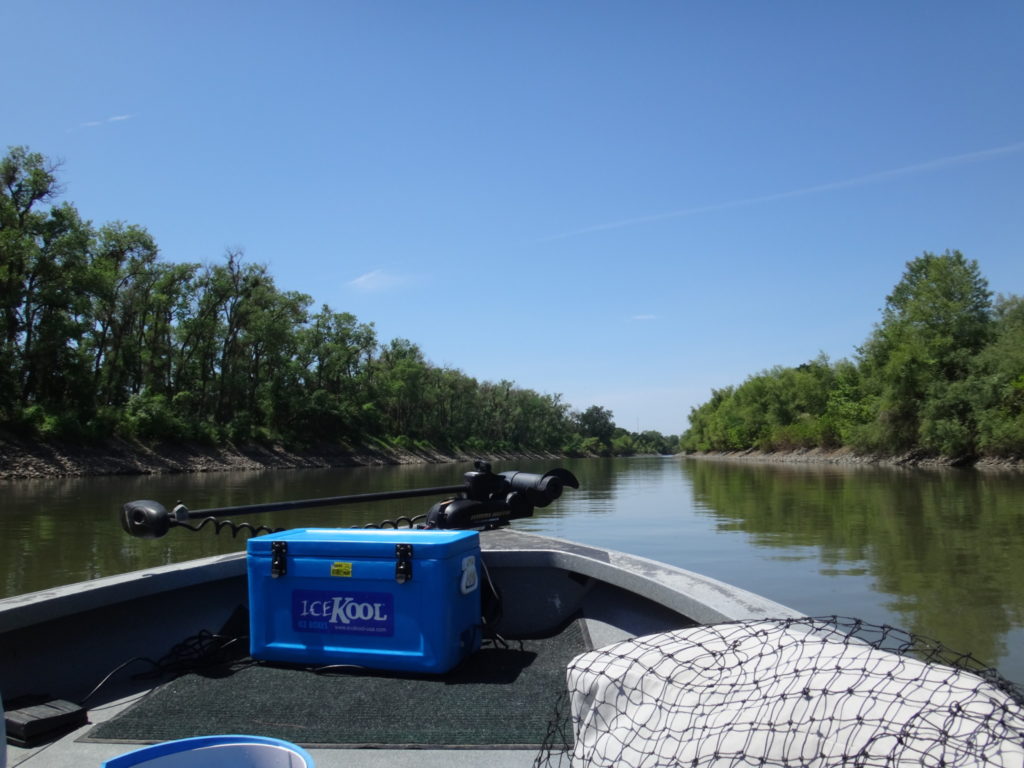 Ended up with 11 stripers. A very slow day according to Mike.

From there we headed home to hook up my boat so we can do some shad recon. The river has changed a lot since the winter high water. Our go to shad run is no longer able to hold a large group, so we have to find other holding water. The shad are here but not thick yet. They will be in a week or so.