The past couple months the kids have been busy with new activities at their new schools and hanging out with new friends. They have not fished much. I took the boys to Pyramid for the opener but it was a super windy day. They did not even fish all weekend. They had friends there camping with us so they were busy playing football and hiking with a group of them. Benson, Wes and I fished for half a day and it was mediocre at best. The fish bait did not come in so the fish were scattered. 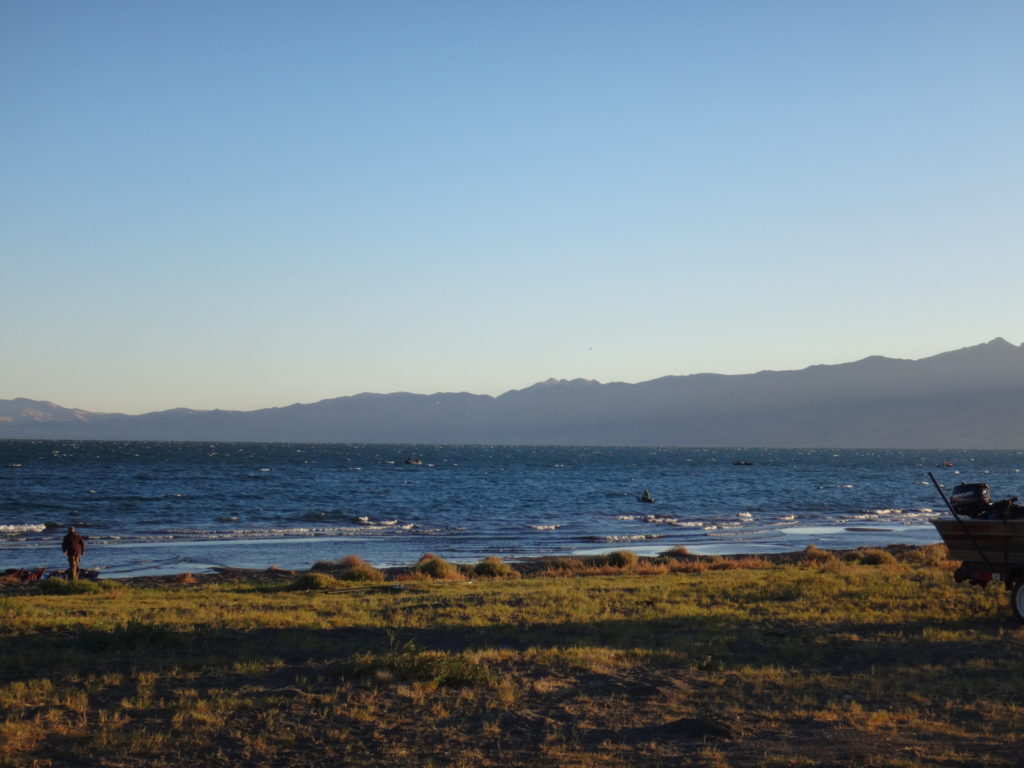 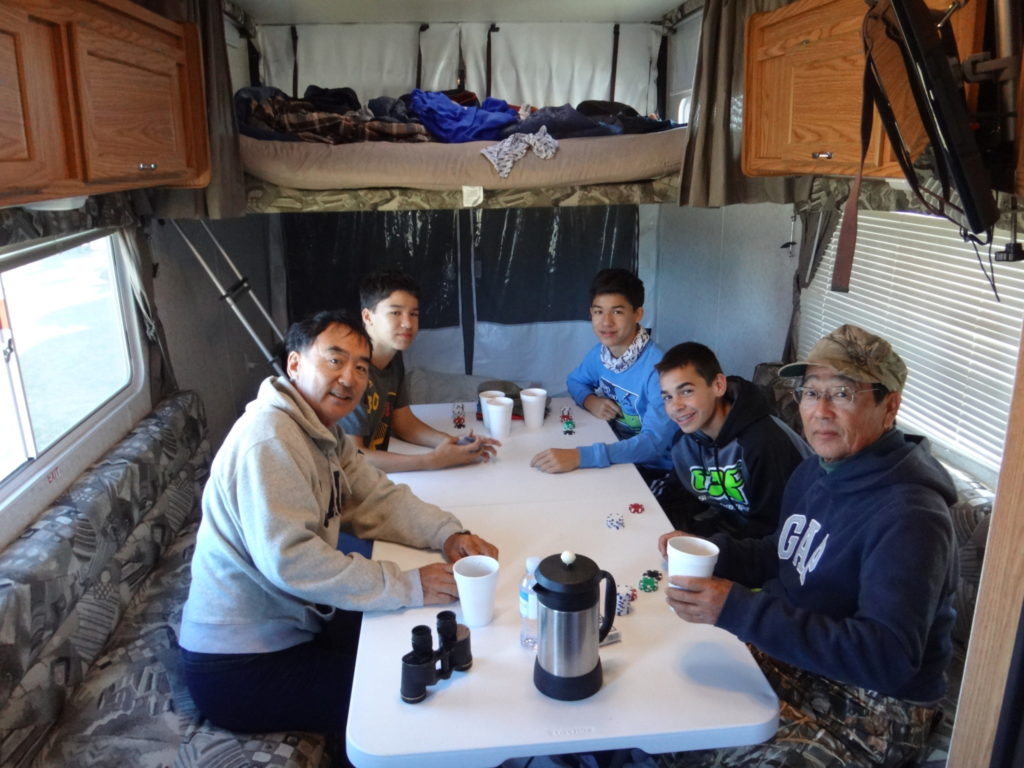 The last day of guiding the fall salmon season was a fun one. My elderly client hooked and landed a really nice dinosaur (sturgeon) on a wrapped Kwikfish! He said when he set the hook it felt like a snag. Yep when you hook something that weighs 100 pounds, it’s not going to move much :)) He played it in extremely well and after 3 vertical jumps and 20 minutes we had it by the boat. What a nice way to end the guide season. 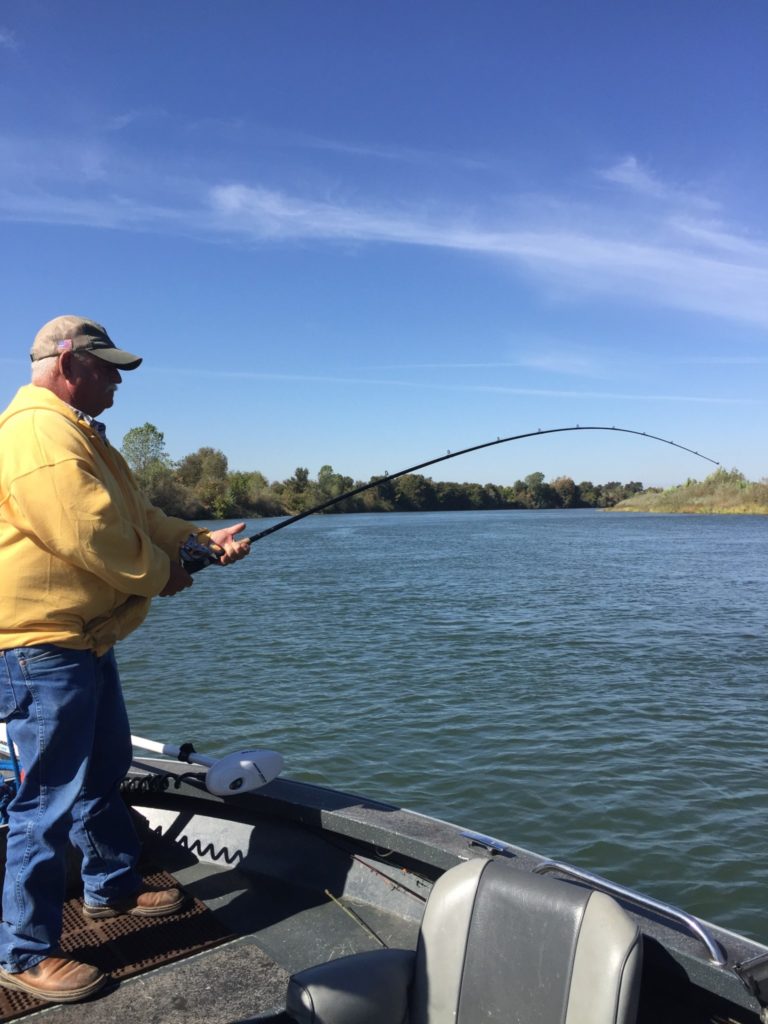 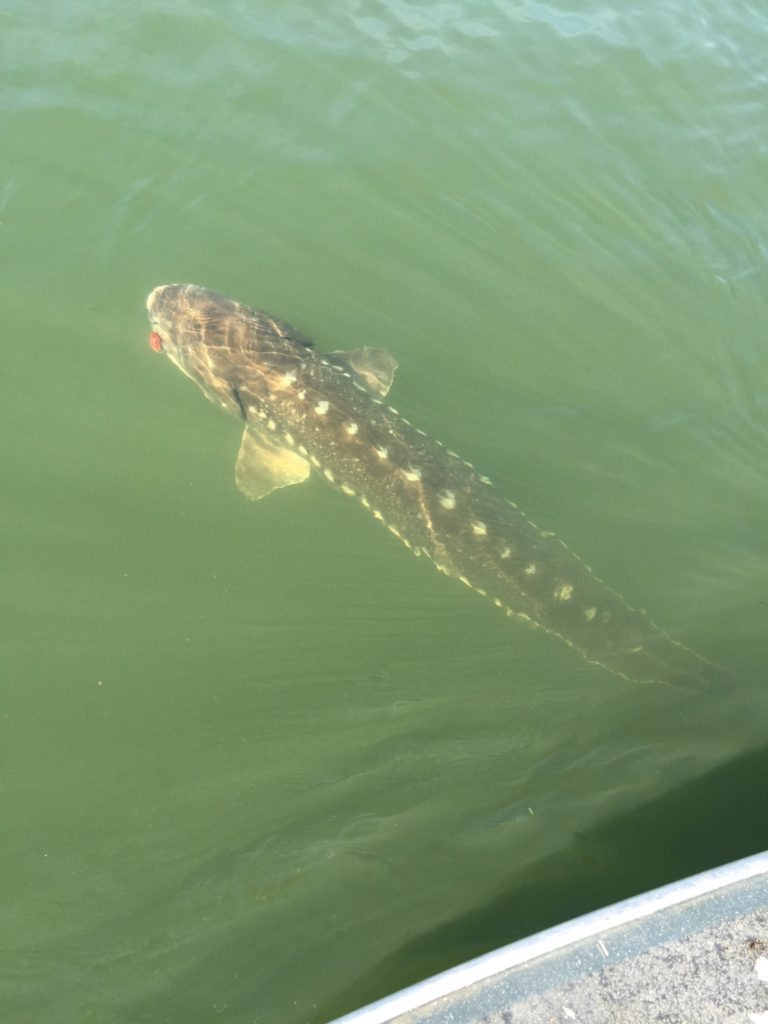 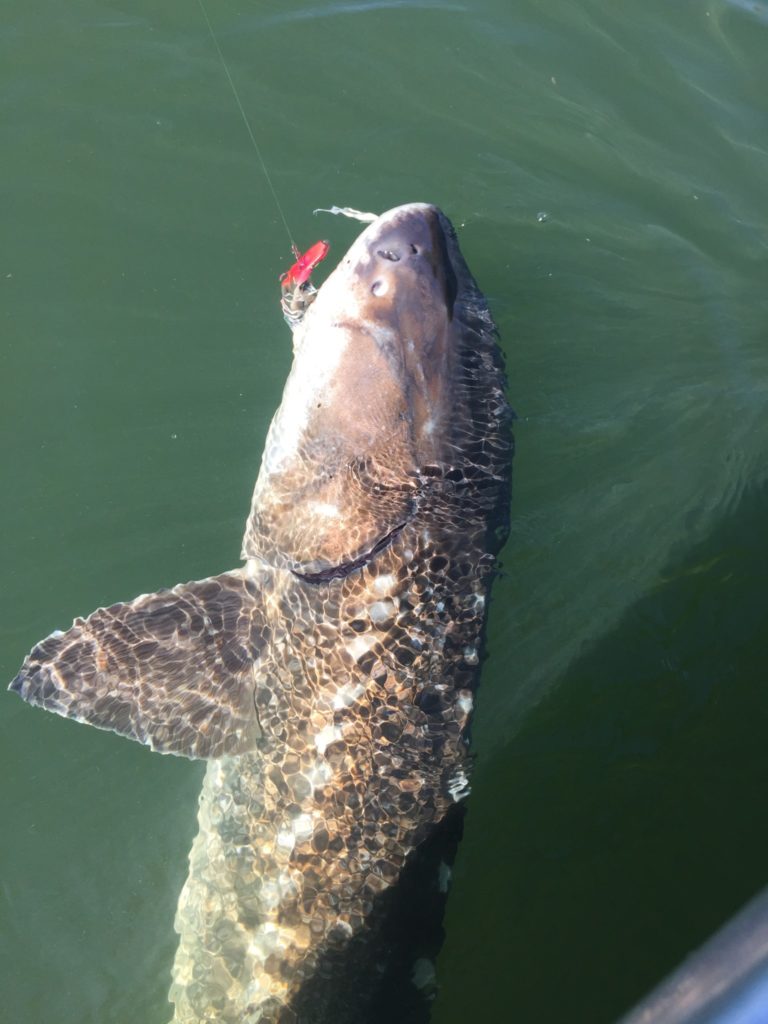 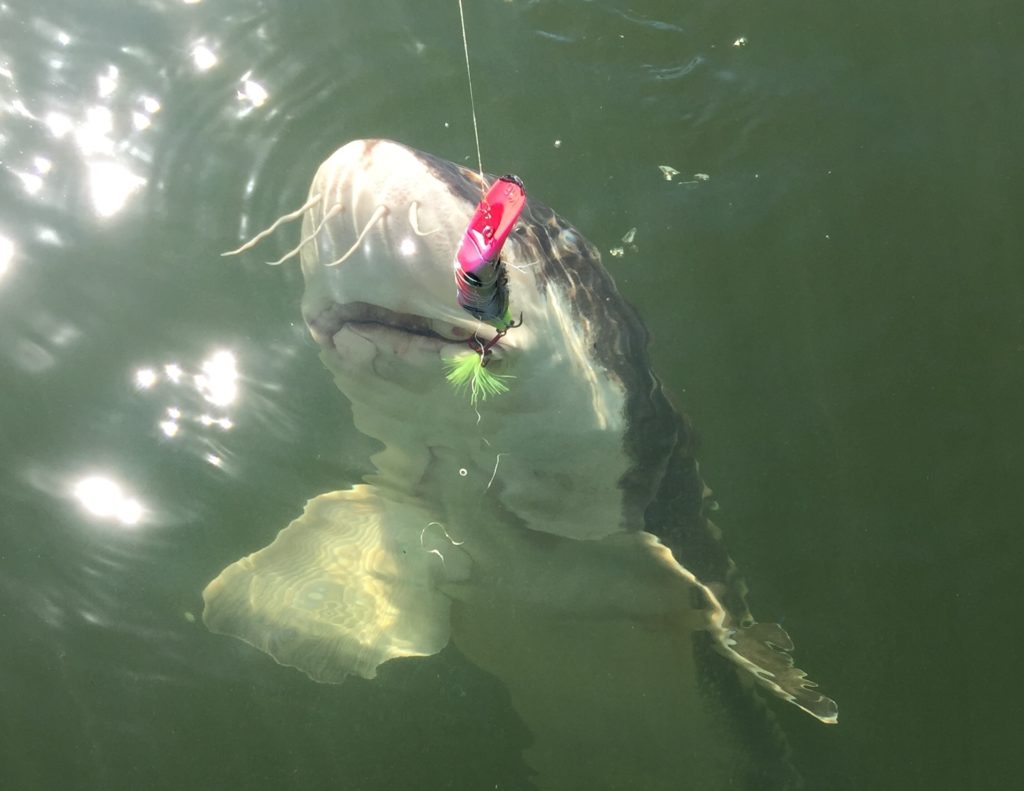 I fished with Wes on the delta yesterday from sun up to sun down. I have not cast that long and that much for a very long time. I can tell my arms and hands will be sore for a few days.  If I was casting a floating line all day it would have been fine but a 10 weight floater with a large Pole Dancer in the AM and T14 the rest of the day, my arm definitely got a work out. 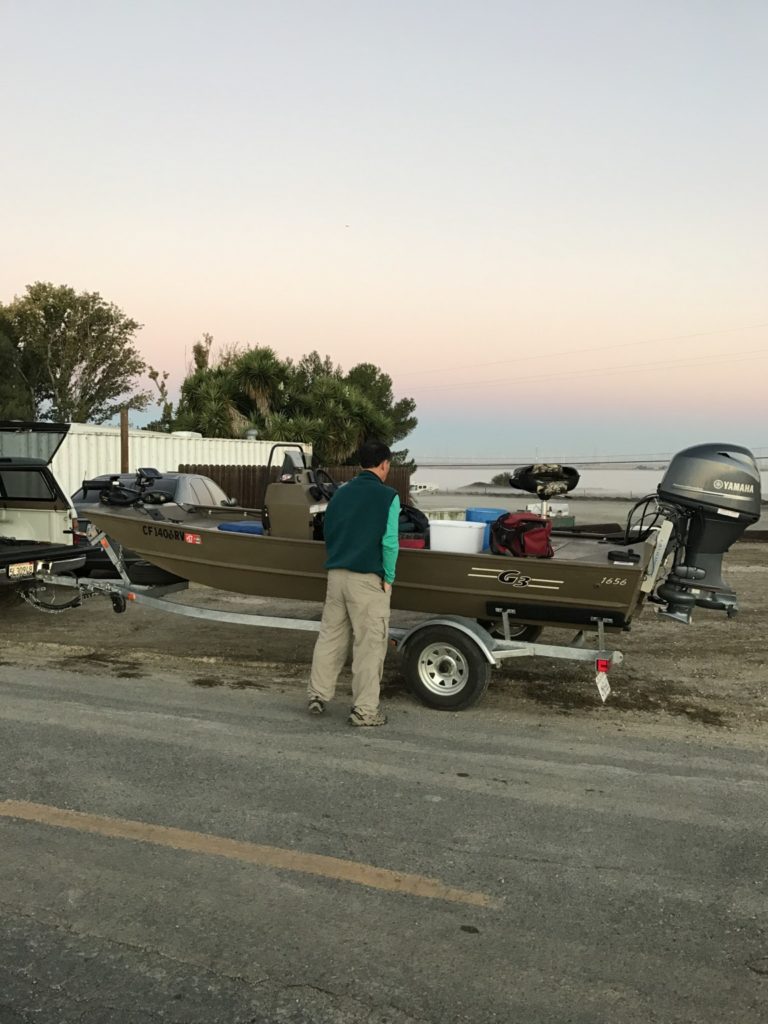 The day started off very slow. Some dinks here and there and a few all purpose fish now and then. No huge schools were found. We saw Mike Costello in the area so we figured that was a good sign. When the tide changed at 3pm, it was like a light switch. We saw birds diving and bait busting so we headed over there and found a school on the graph and stayed on them for almost 3 hours. It was literally non stop fish after fish for the entire time. The fish were larger than dinks but never got over 3.5 pounds. Lots of legal size fish in the mix. I used my Helios 8 wt with T14 and Wes stuck with his Fenwick 6 wt with a 200 grain line. The fishing was automatic so it did not matter the grain weight of the line nor the size and color of the flies. I changed flies twice in the middle of the bite and it did not matter. As the saying goes “If the fish are biting it doesn’t matter what you use. If the fish aren’t biting, it doesn’t matter what you use”. 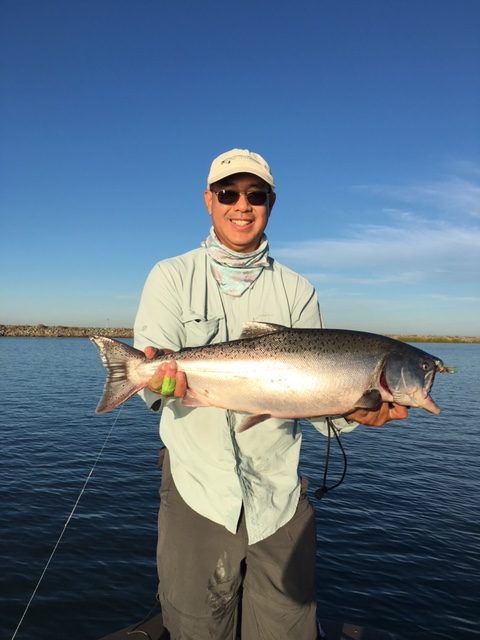 In the middle of that striper frenzy I hooked and landed a beautiful 9 pound king salmon. That salmon was either passing through or it was feeding on the baitfish that were there. It was great to get a salmon on a fly again. That was my goal for this trip!