Since the Camp fire started on November 8th, the kids have been out of school. If all goes well they will return December 3rd. Michael starts back tomorrow because he has a class at Butte College.

To get away from the smoke 2 weeks ago in Chico, Melanie took the kids and some friends to….where else…The Happiest Place on Earth. It was a last minute decision and it was a week that most people don’t have off so it made for a not super crowded park. Yes they did feel guilty about going since 50,000 people were displaced and most of them lost their home in the fire. It was and still is a tragedy that we will feel for years to come.

I have been trying to get the boys out fishing since they have been off but between smoke filled skies and basketball practice and rain and wind, we have not had an opportunity…until today. 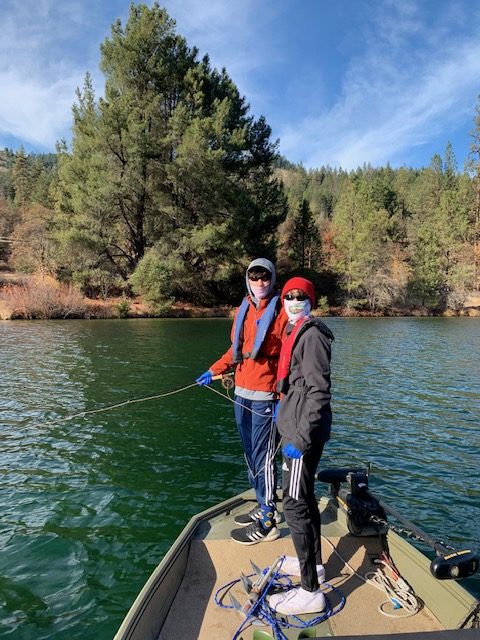 We left for Lewiston Lake at 8am and were fishing by 10am. We motored out to a flat north of Pine Cove and saw Pop B there! He did not know we were going. We fished with him for a bit then headed up to a pod of fish near Turtle Rock. We stayed there and the boys sight fished to trout until they had enough. By 1pm Michael had landed 26 and Matthew 6. Yes that is a huge discrepancy but for some reason Matthew could not hook up on those fish. They had more grabs than fish landed so it was not the fly that was the problem….OR WAS IT?…. Well a smart angler would have asked to see his fly a lot sooner but that person was not on the boat:)) To my surprise, we discovered the hook opened up! Unbelievable that fish this size could have done that. 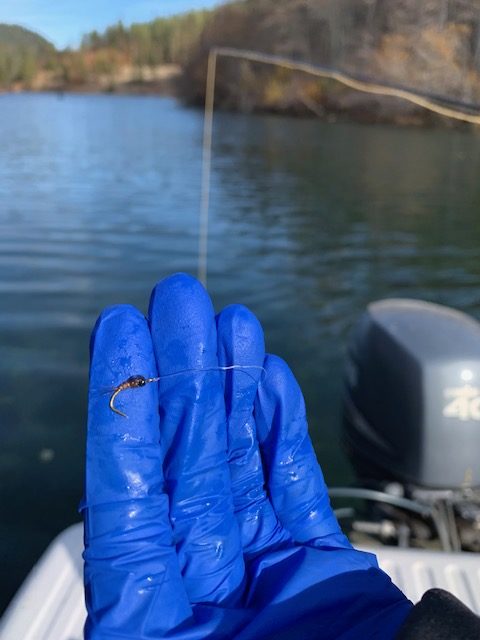 Both boys had a great outing. It was all sight fishing with 18-20 foot 5x leaders and 9ft. 3 weight rods. It was not too cold and it was good to see Pop B there. He is a trophy hunter so he was just casting to the big boys. He landed a 22 incher in the morning and was still hunting when we left at 1:45.