Spring fishing and the Pyramid 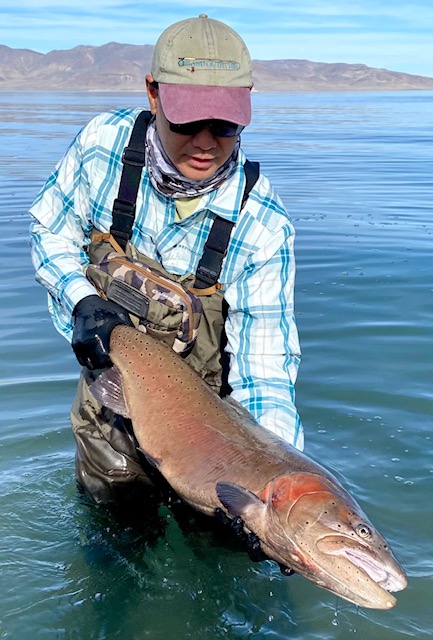 It has been a busy spring. Both boys were pledging fraternities and their time was extremely limited. That enabled me to fish quite a bit. As a matter of fact, this spring was the most I’ve fished since the boys were born. To clarify, I did fish with the boys a lot during springtime over the years but the boys did 99% of the fishing. This spring did 5 trips to Bailey Creek Lodge, Yuba River and Sac. River many times and Pyramid Lake 5 times.

Bailey Creek Lodge is 65 minutes away and makes for a great one day excursion for trout. However during the early spring, there are no good hatches and the dry fly fishing was near non existent. Long leaders with a tiny yarn indicator was the ticket. It was good to fish some of my fiberglass rods there. I have 2 Hal Janssen fiberglass rods that I thought I would never fish because they are so rare. Brett Jensen brought his out there to fish so I brought mine too. What wonderful fishing rods they are.  My McFarlanes, Steffens, Epics and GrayWolfs all got work outs from those super healthy Bailey fish. If I fished more days, more fiberglass rods would have seen the light of day. I’ve kinda gone full circle. Started with cheap fiberglass rods in the late 70’s then graduated to graphite and then the newest graphite technology then now back to fiberglass. I love the feel of casting a softer rod but the real enjoyment is hooking and playing fish with fiberglass. They are tippet savers! There is one new graphite rod I really like and it’s the Douglass Sky G. The 5 weight is the easiest casting 5 weight I’ve cast. The 8 weight was great to fish with at Pyramid and I have yet to fish my 4 weight. Hopefully soon. 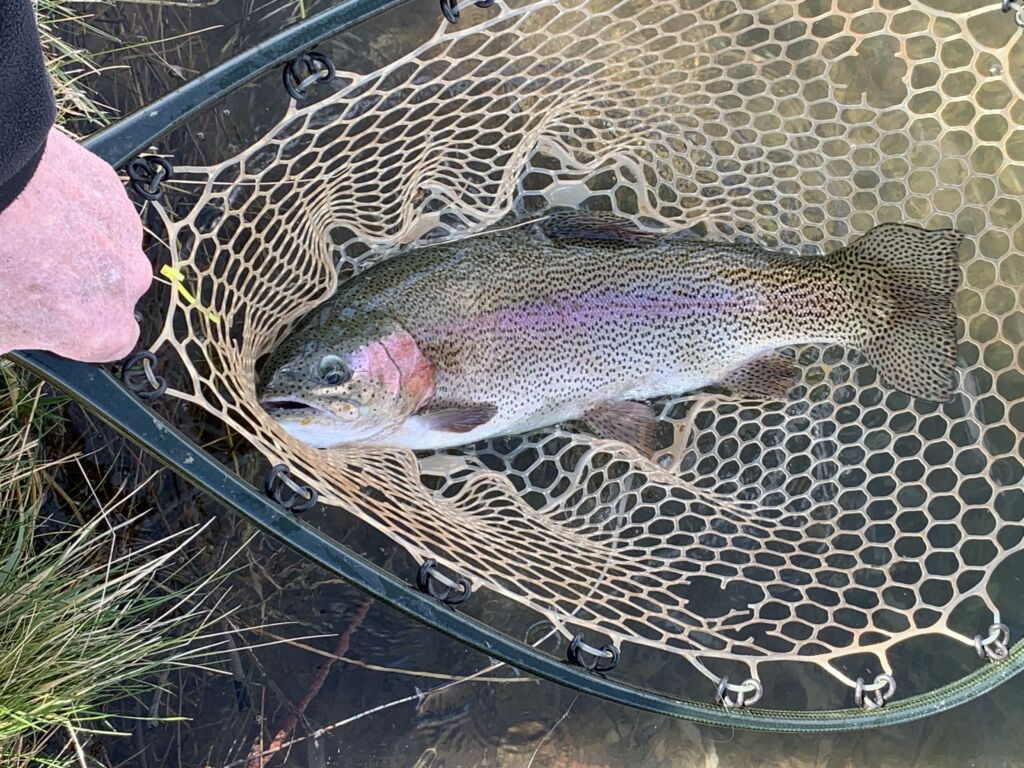 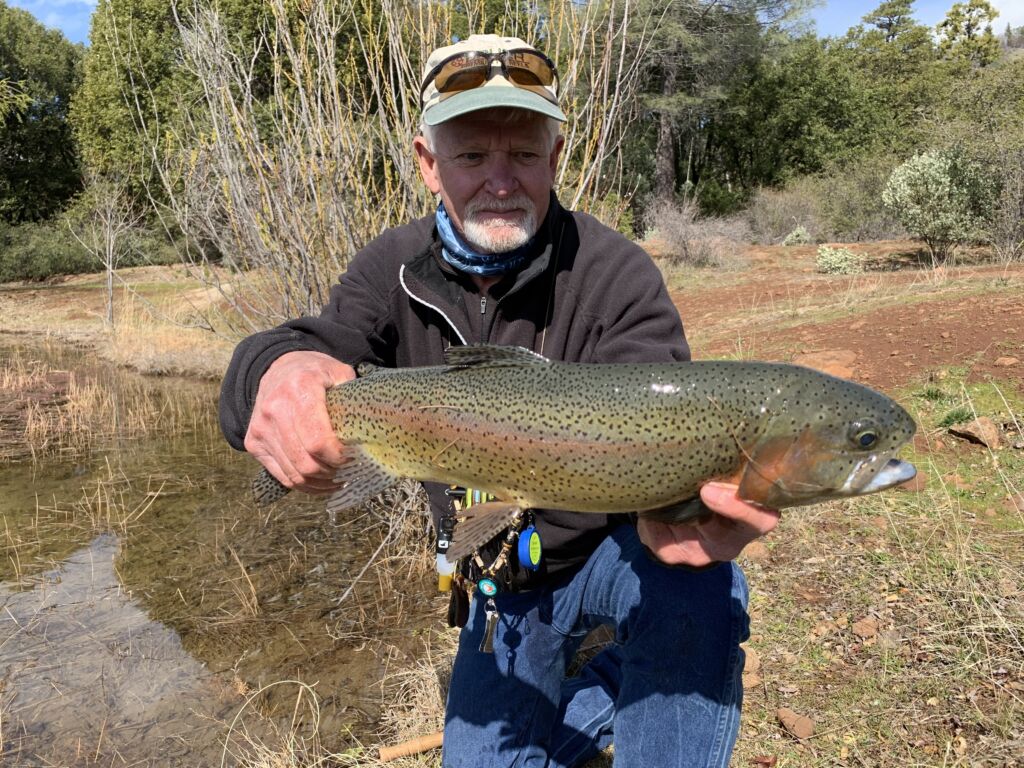 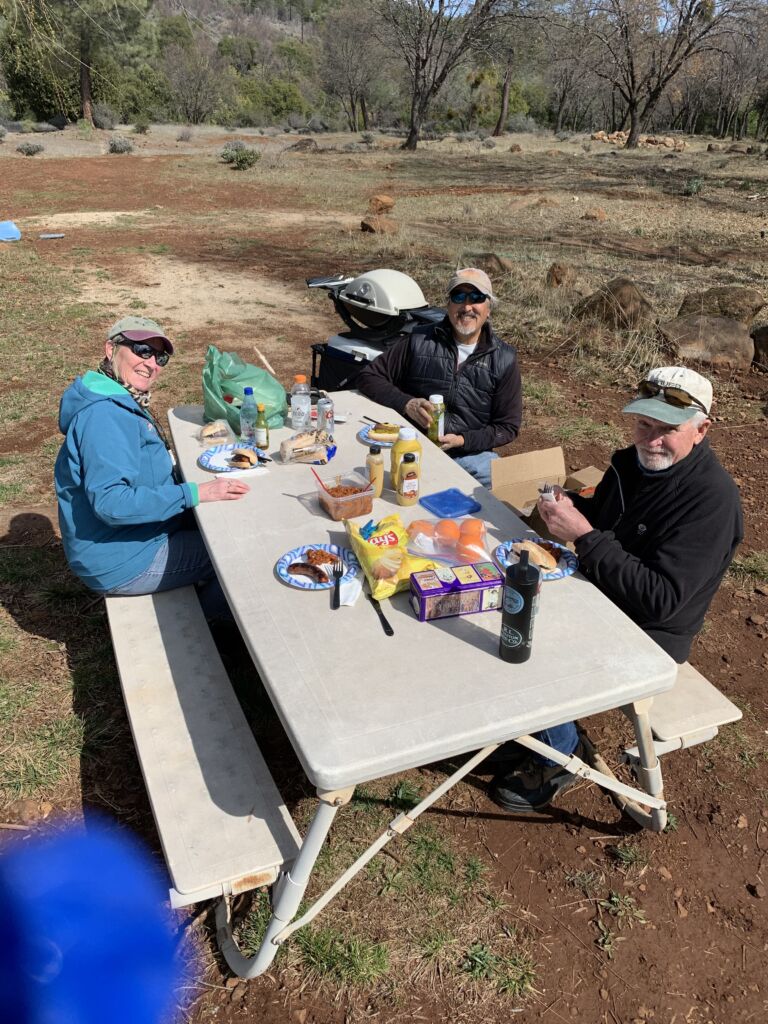 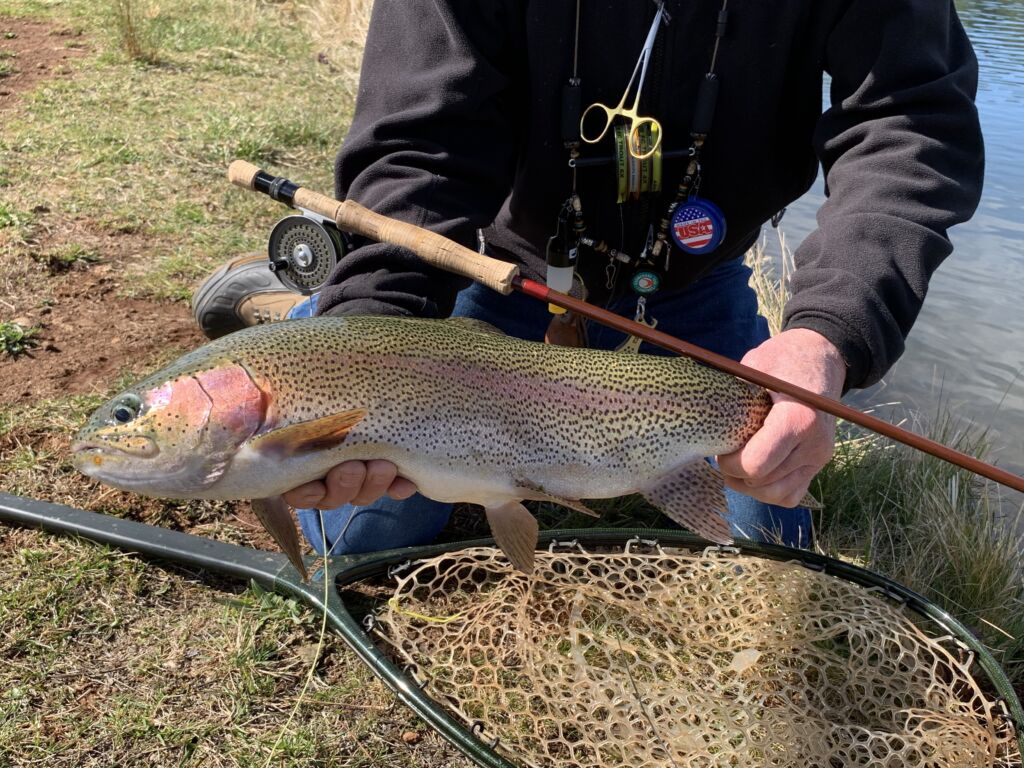 Kenny Oda and I fished the Yuba with Jon Baiocchi a month and a half before he tragically died. It was a crushing blow to us and the fly fishing community. I was impressed by his ability to teach, intense knowledge of his home rivers and just genuinely a great guy. RIP Jon.

The dry fly fishing was good but the hike was brutal for us old folk. The fish were eating #14 PMD duns, Unit Skwalas and caddis. 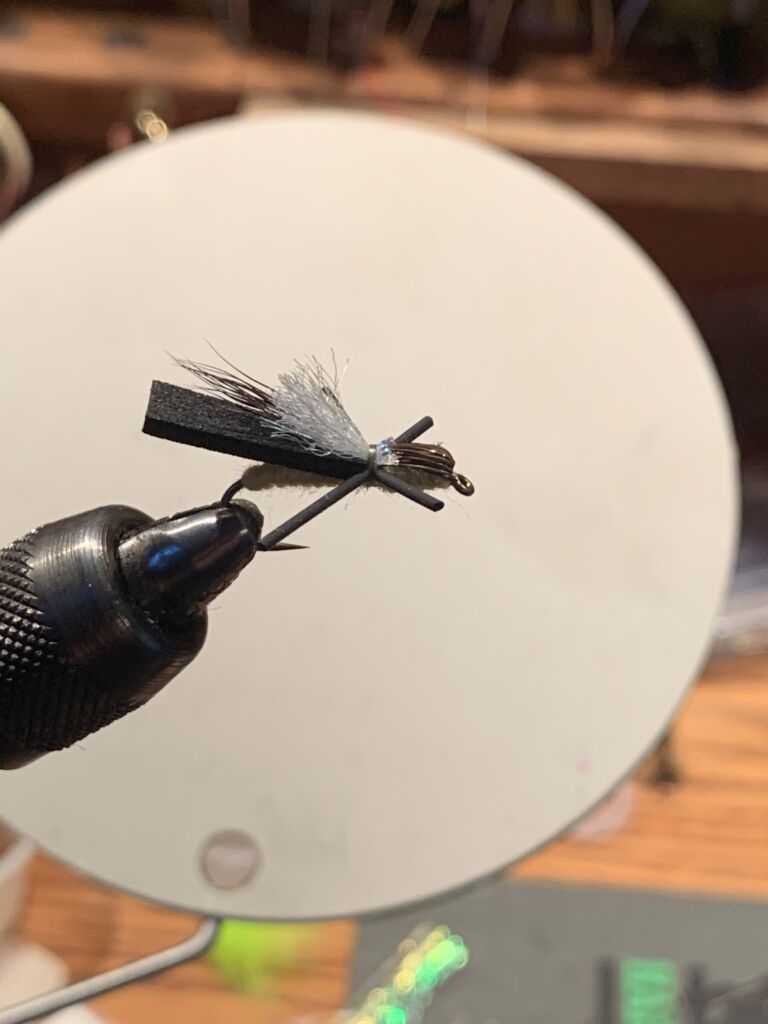 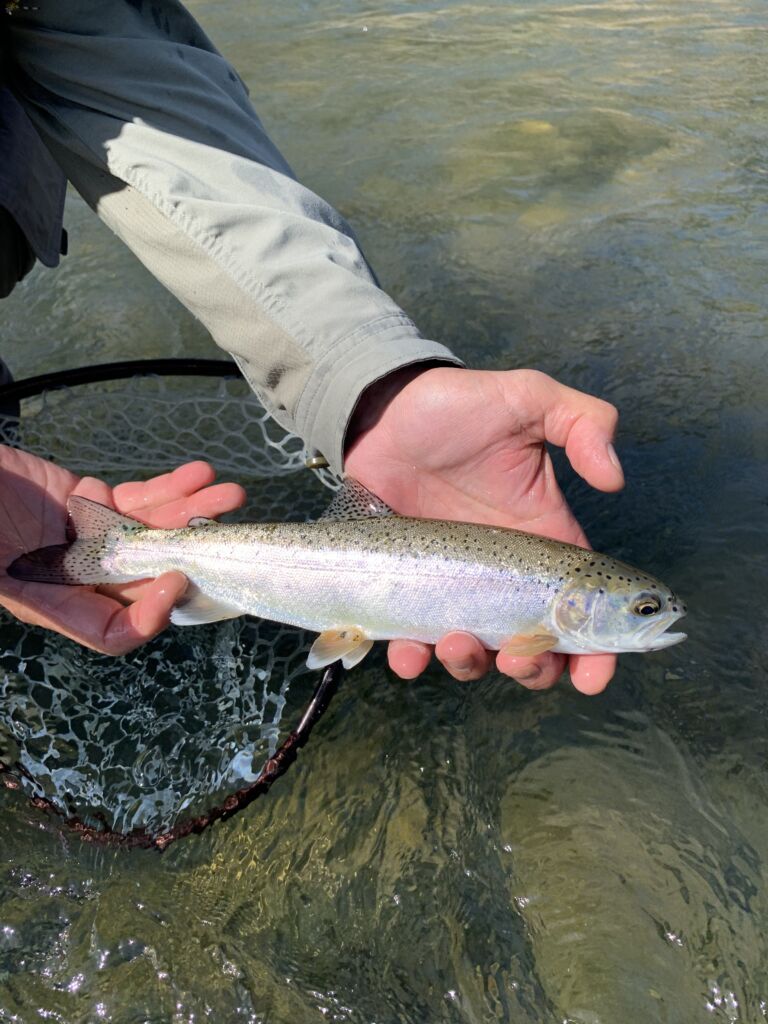 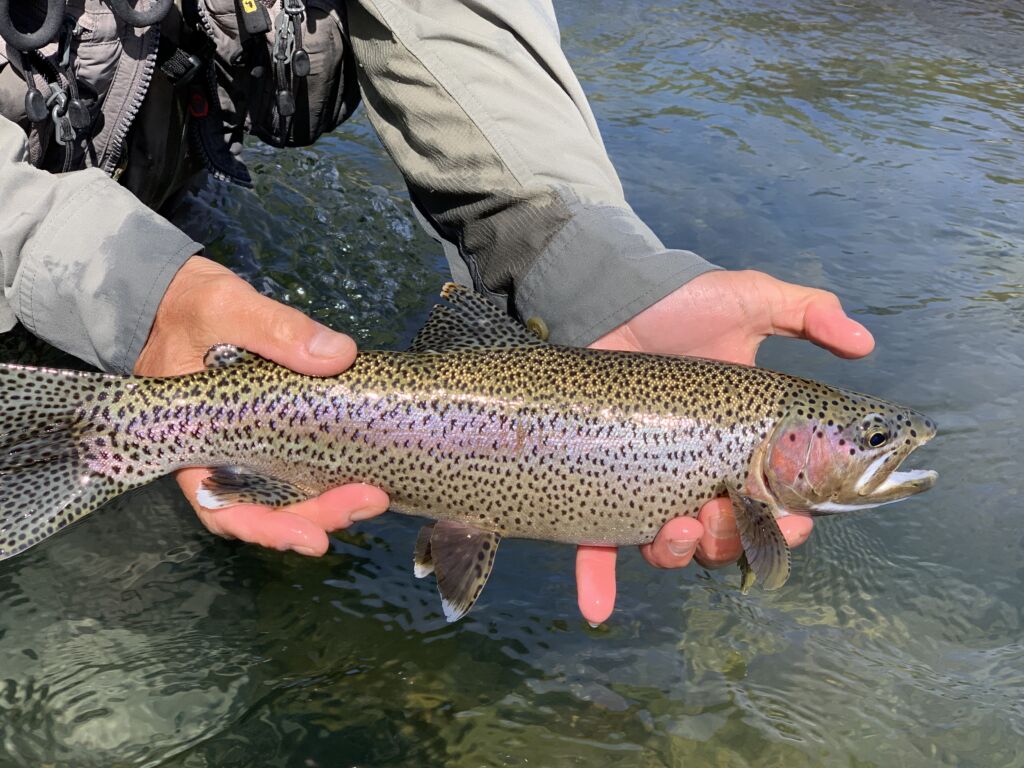 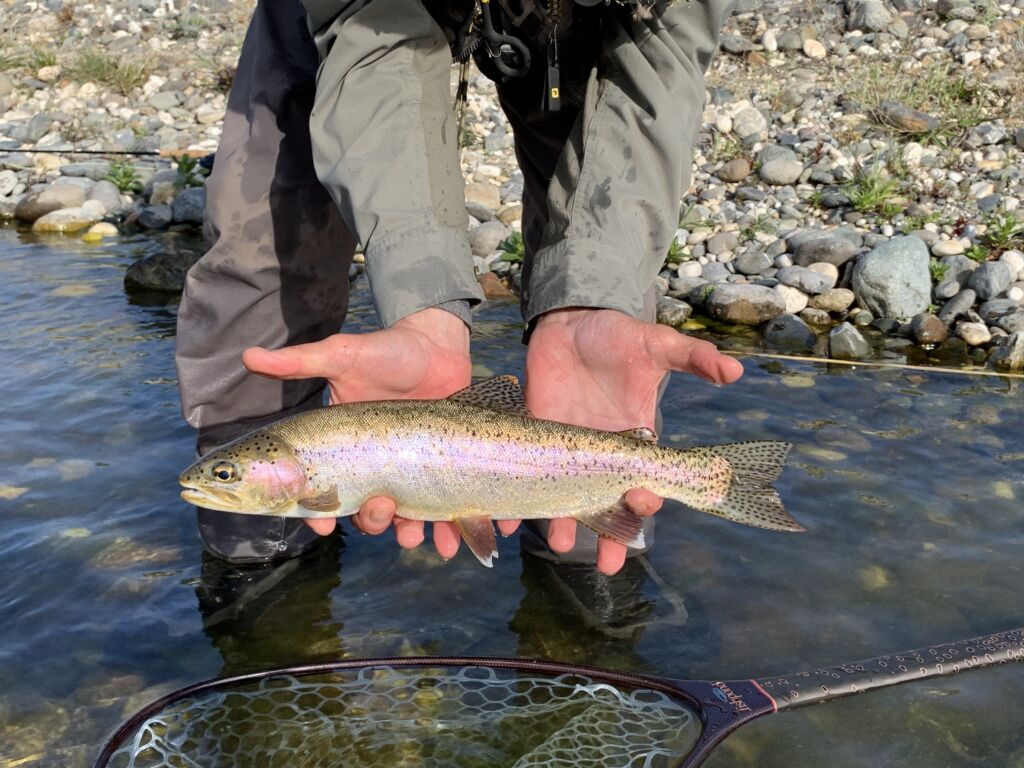 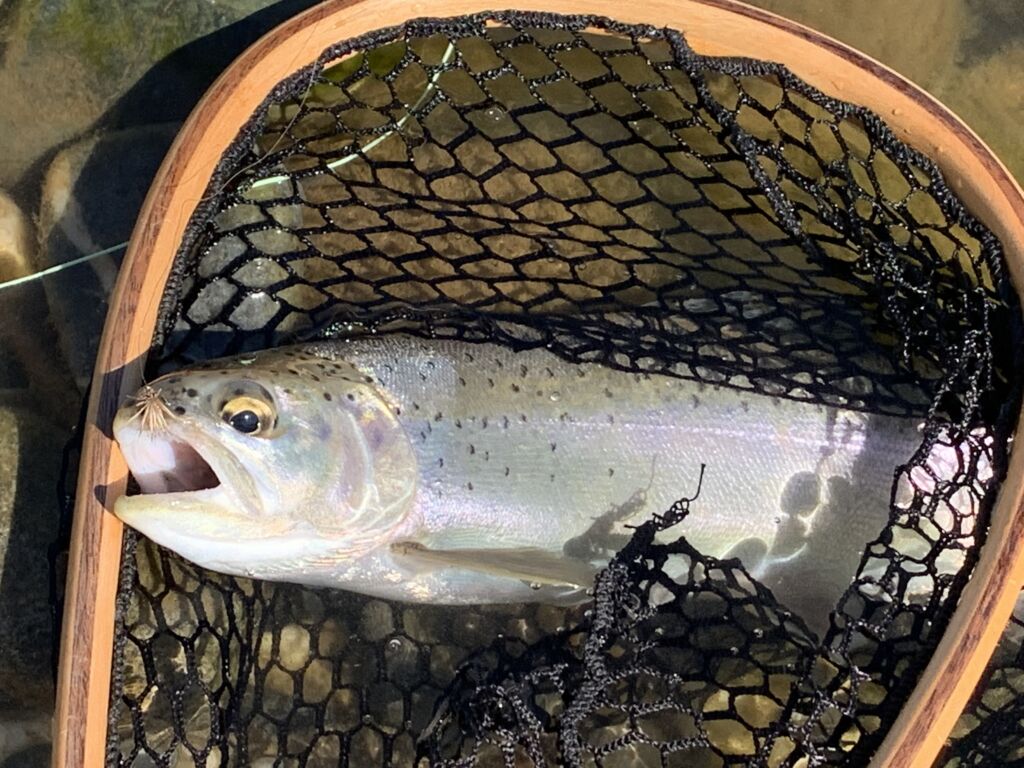 The past few years I did not fish Pyramid Lake. Last year it was due to the Rona and the year before, many beaches were closed. The year before that was the high water heavy rains year. That year, in October right before the rains, I bought a yearly pass for the first time ever. What a bust! Used it once and the rains blew out the entire season. Expensive day of fishing! This spring was my Pyramid payback! Not so much as far as money (the Paiute tribe charges a lot more now!) but in catch rate and good size fish. 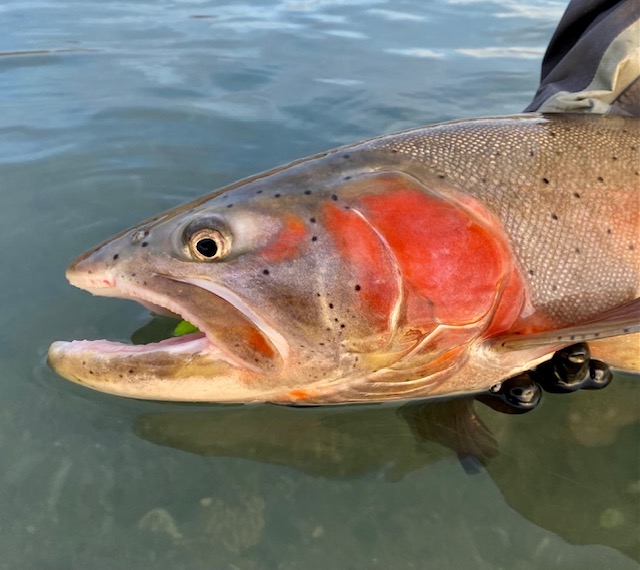 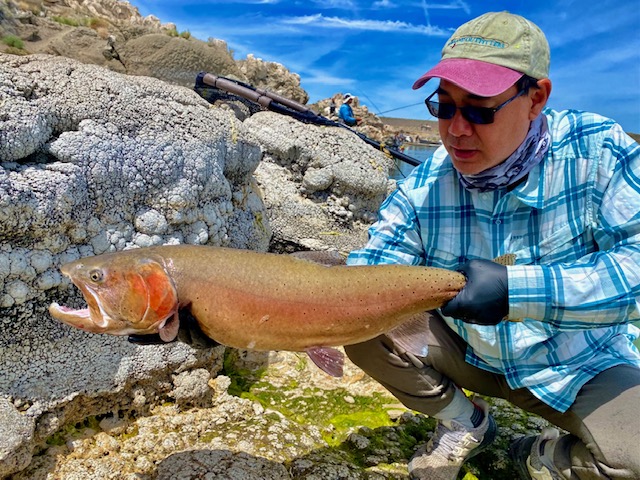 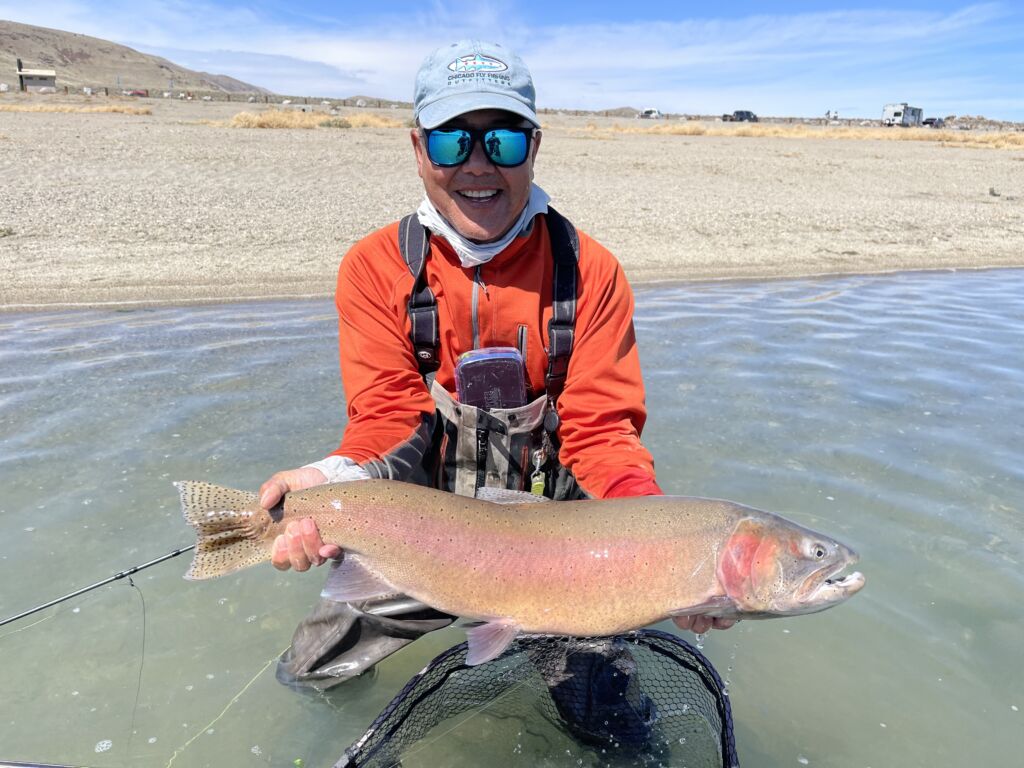 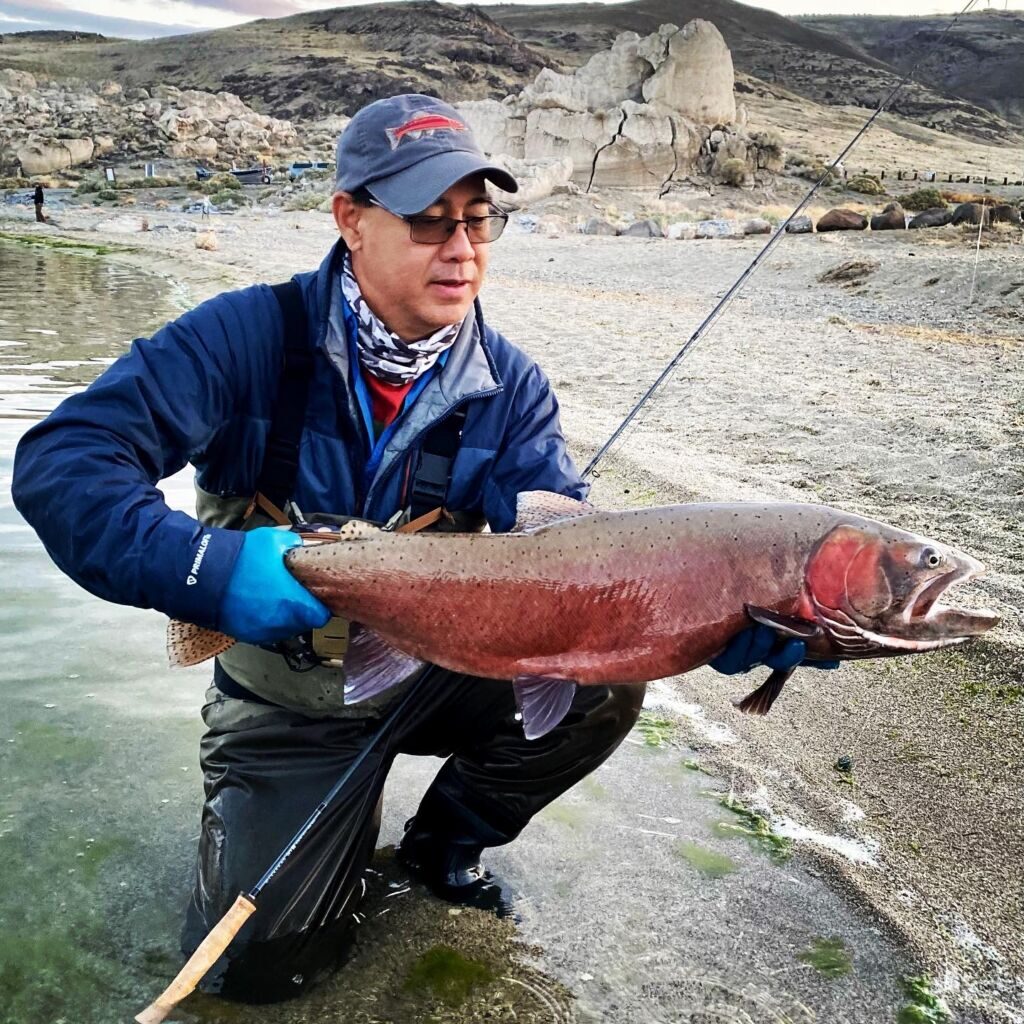 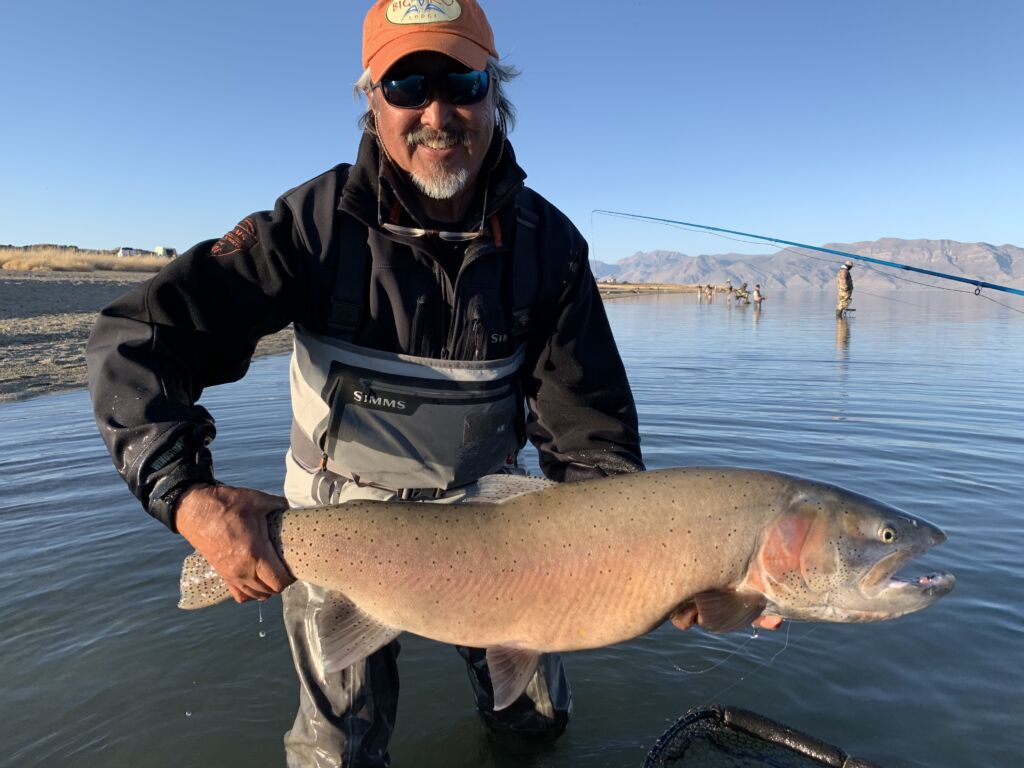 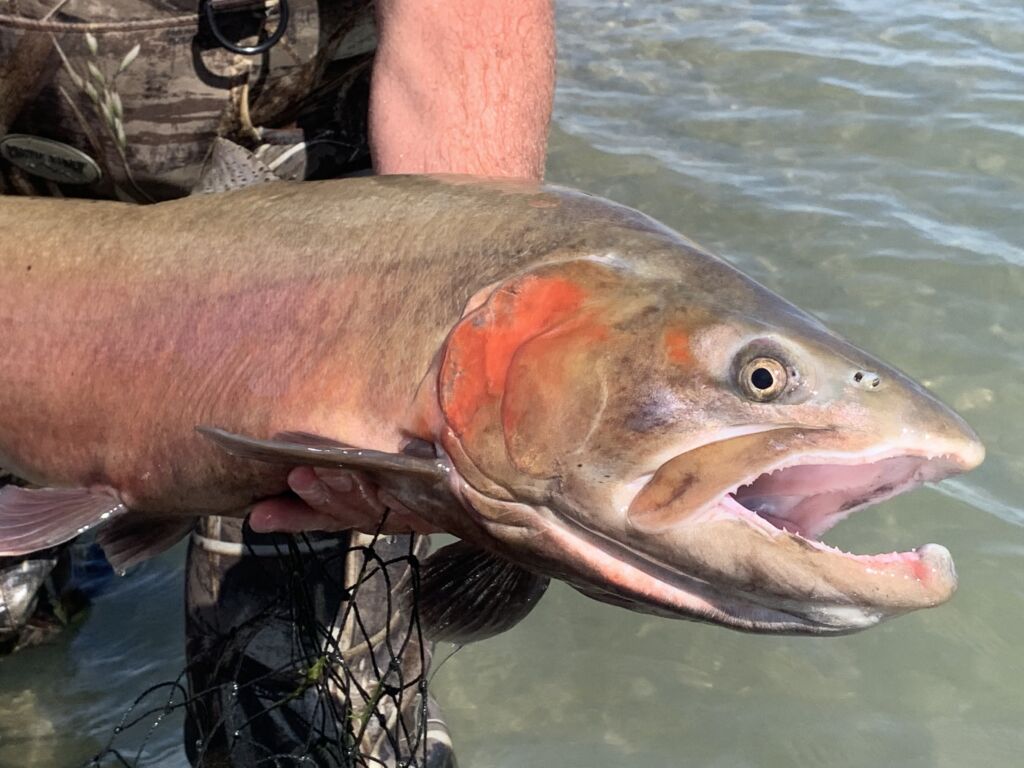 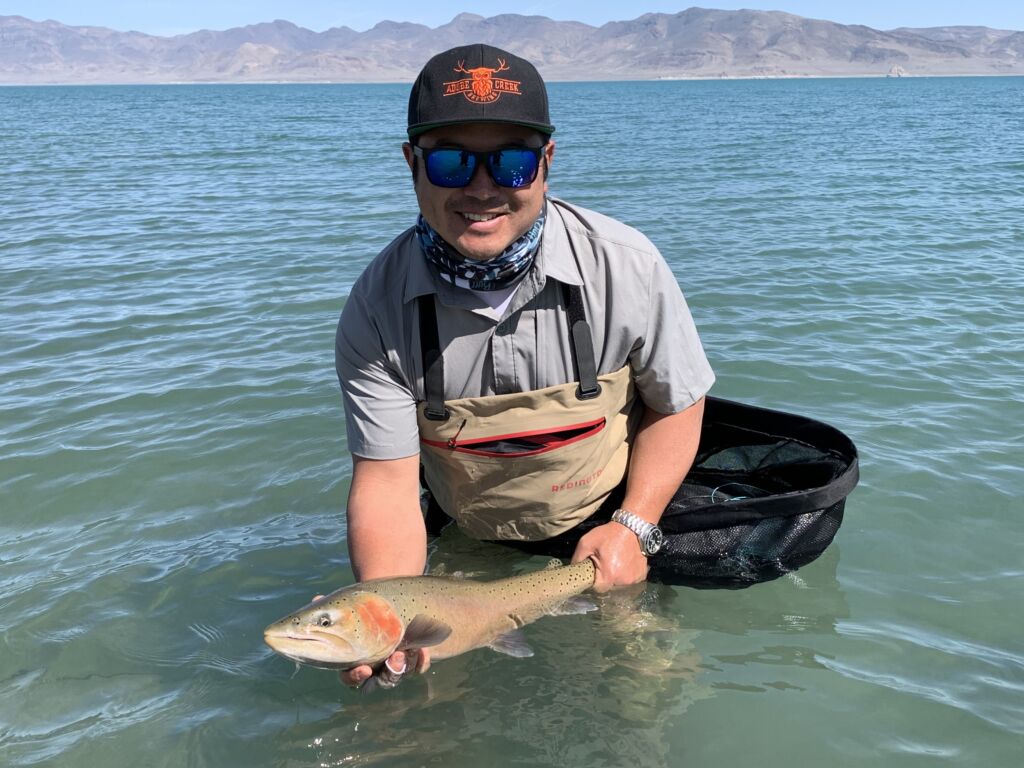 Good friends were able to meet there through out the spring. Jeff Sasaki, Garrett Kubota, Mike Sasaki, Victor Inouye, Jerry Wang, Meng Syn and of course the leader of the pack and Pyramid cutthroat whisperer Benson Kanemoto. Benson and Jeff are the ones that got me started on this incredible fishery years ago. 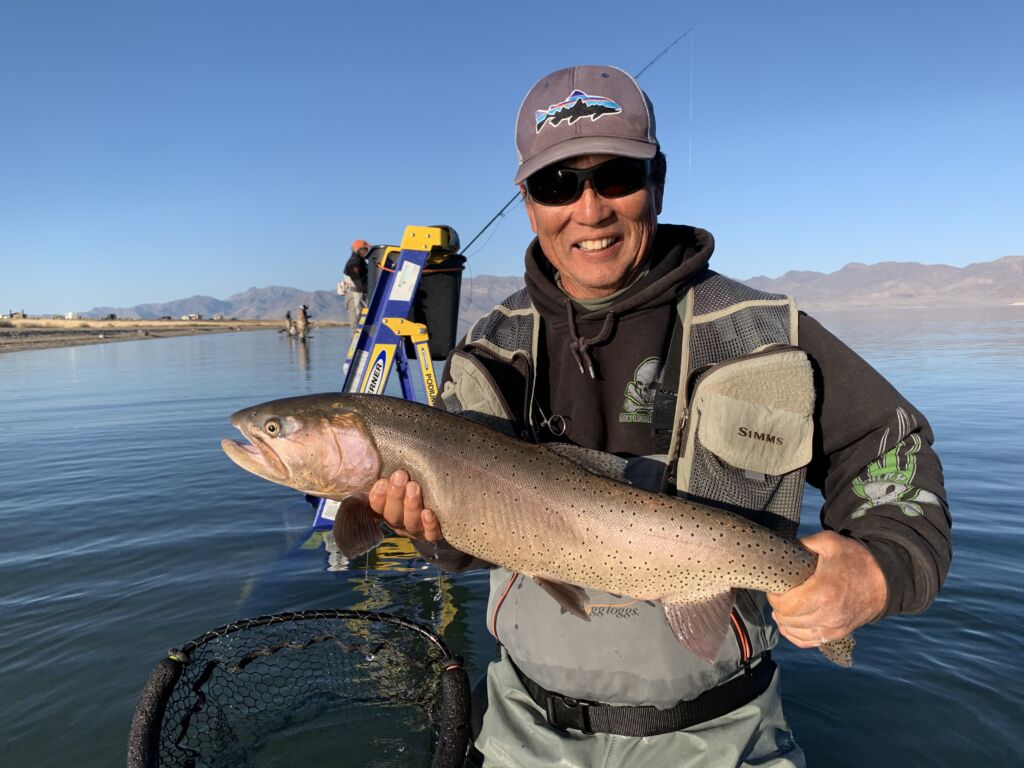 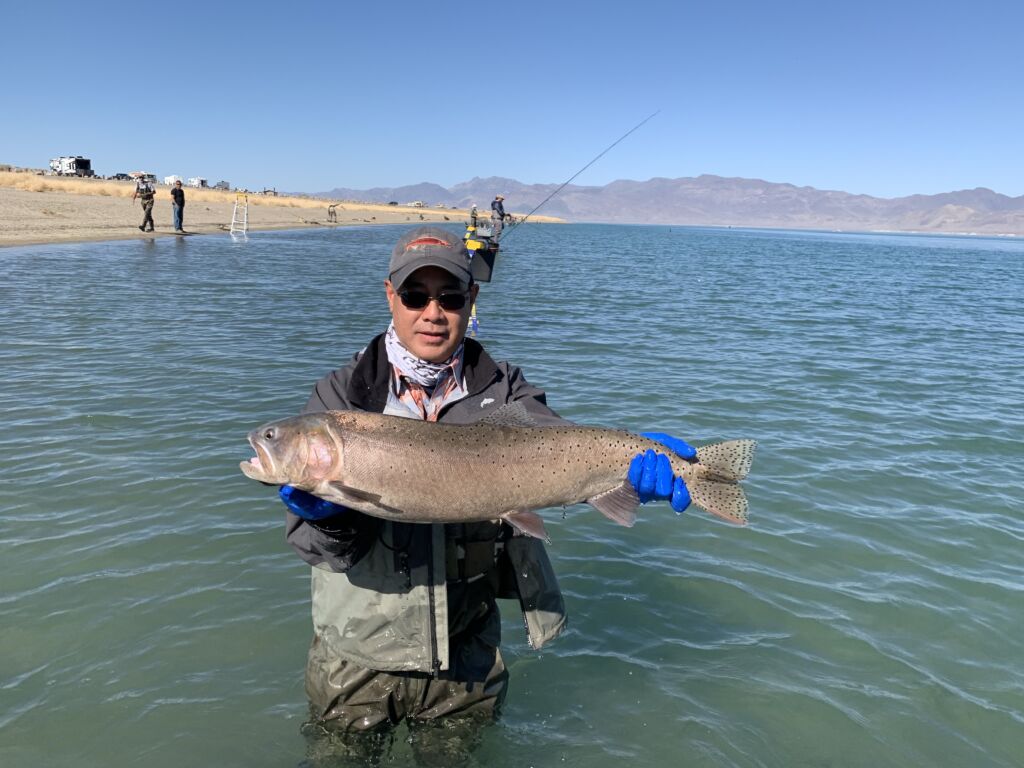 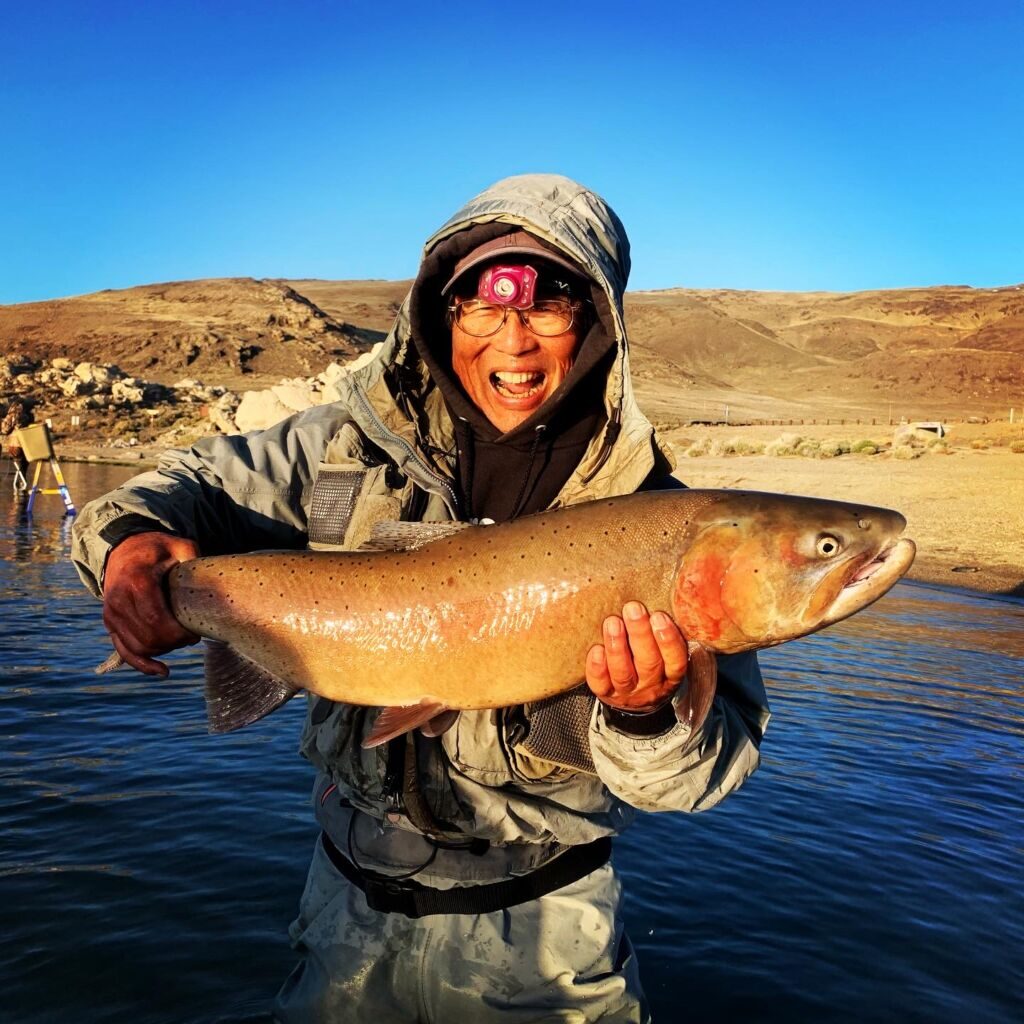 This spring was Jerry’s first trip to Pyramid. After the first couple days he dubbed it “the best best trout fishing of my life”. I asked him to join us again a couple weeks later and he had an even better trip. Landing more fish and he got a trout of a lifetime. 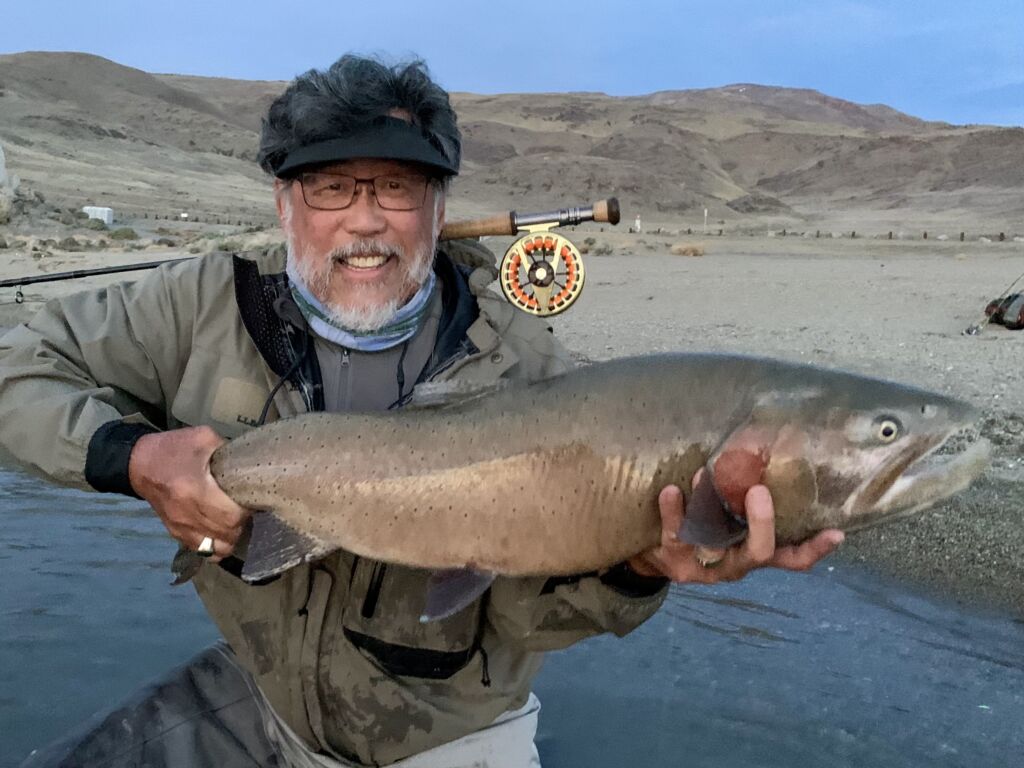 Most of the fish were caught stripping T11 lines. One day Jerry and Benson fished indicator and chironomids off the “Rocks” and did very well.

My trailer has been in “hibernation” for over 2 years so it was great to get it on the road and use it at Pyramid. It sure is convenient to have a home away from home so close to the water. The first few trips this year I stayed at the Nugget in Sparks. Nice bed, hot showers, good food, but… and I mean Oprah butt….it is 40 minutes away!  Getting up super early to put ladders out at 4:00am was not going to happen! Fishing until dark then driving back to the hotel for a super late dinner was not appealing either. 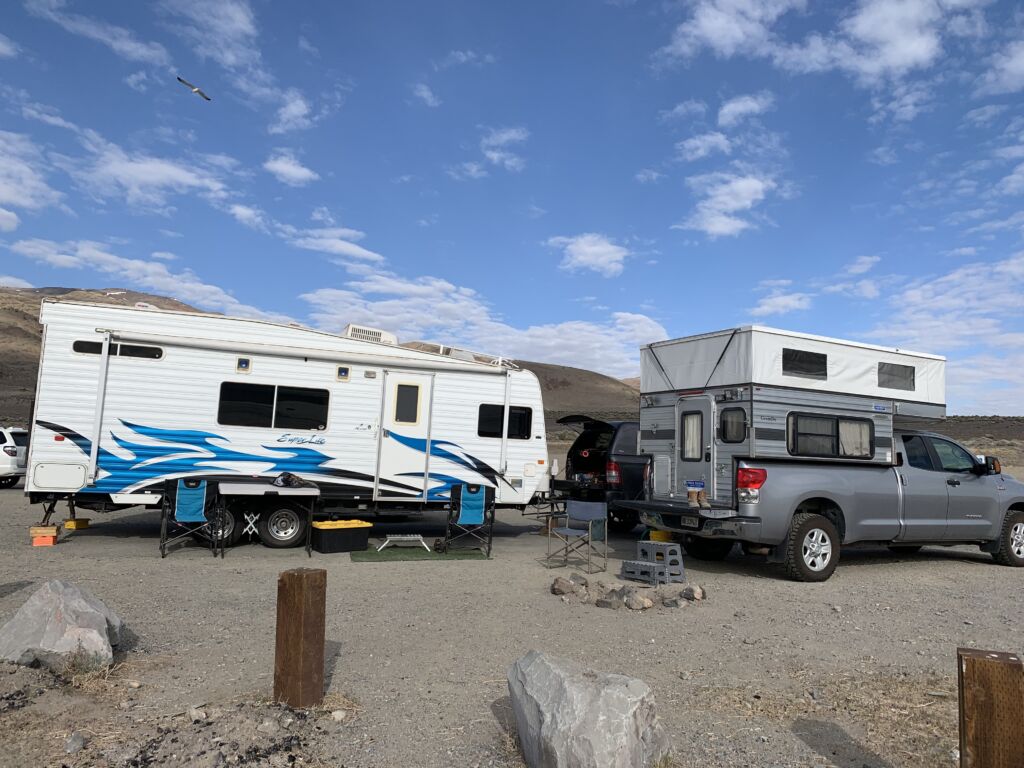 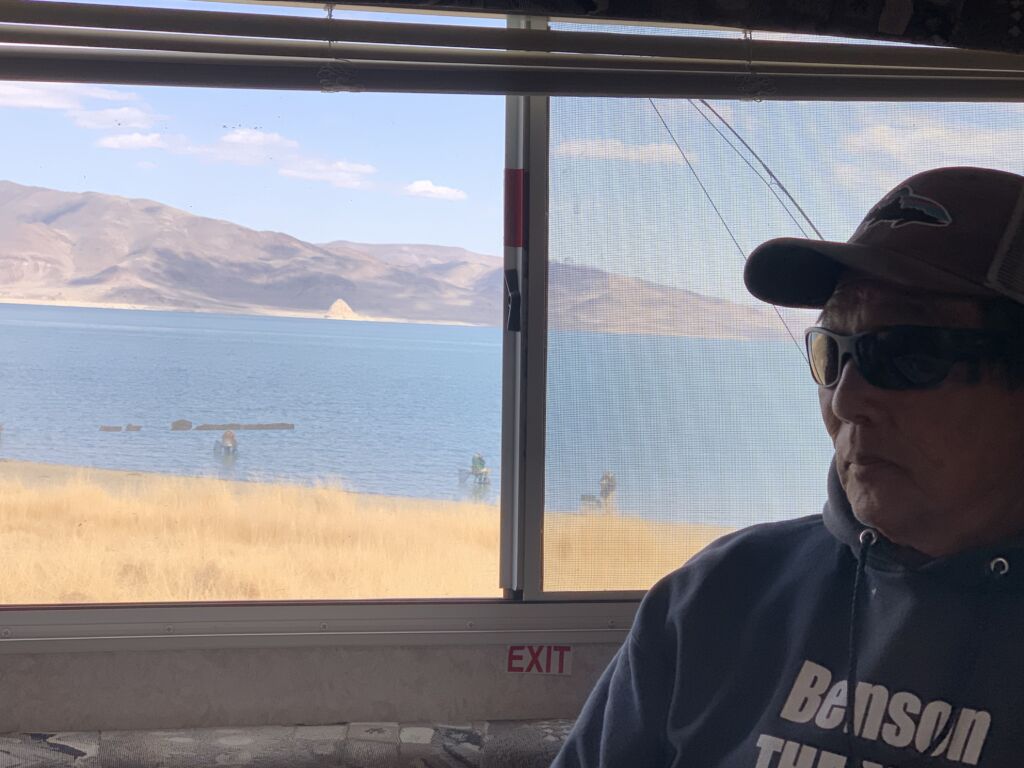 Michael is back for the summer now so I’m hoping we can all get some fishing and golfing in. Both boys have signed up for summer school and they will both need to work so the amount of fishing and golfing might be limited. Michael finished his second semester with straight A’s. He only received one B in the first semester. It was a good first year in college for him. Emma has always had straight A’s so nothing has changed. Matthew, struggled a bit but still managed B’s or better. He will have a chance to do well during summer school.

Our Cuba trip this year is rescheduled again. Our group bought our airline tickets one weekend and the very next weekend AA canceled our flights! It appears Cuba is experiencing more cases of CoVid. Looks like we’ll try again in July 2022.

The boys had a free day so we towed the bay boat to the Afterbay for some bowfishing. We saw hundreds of carp on the mud flats and the boys had 40 or more shots at them. Since it was their first time with a bow, only 3 fish were struck. The fish were in pretty shallow water so the bay boat was just a little too big. The next day Michael and I went back to the exact same spot at the exact same time with the Lowe and we found ZERO, Zippo, Nada! The area looked sterile. To add to our luck, our trolling motor battery was completely dead for some reason. Thank goodness I carry a shallow water anchoring system onboard. We used that to pole us around the flats which worked great. 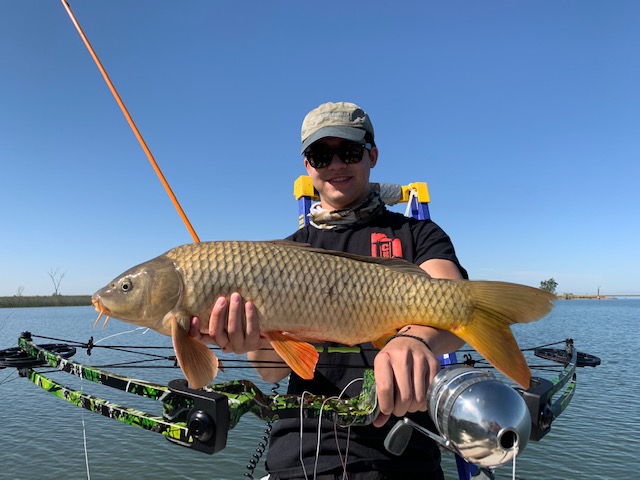 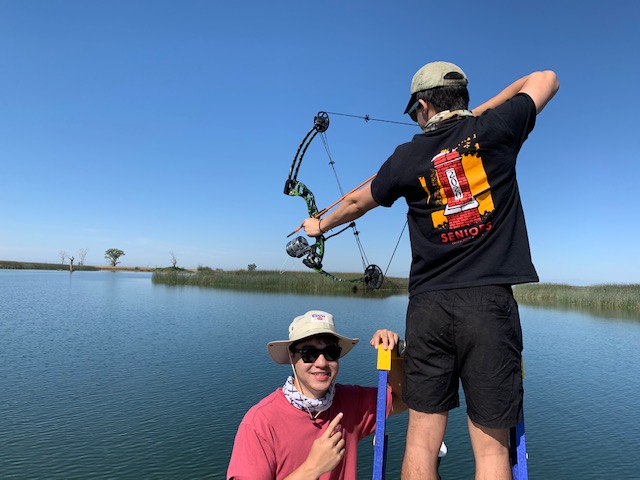 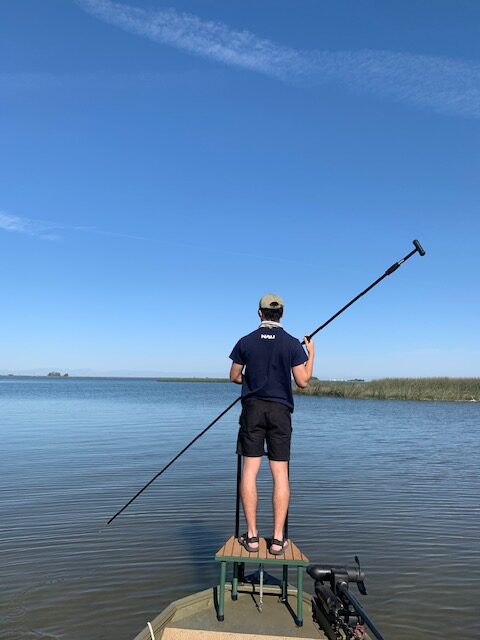 I’m looking forward to summer with the kids. Hopefully we can all make a family trip somewhere before the boys leave for school.