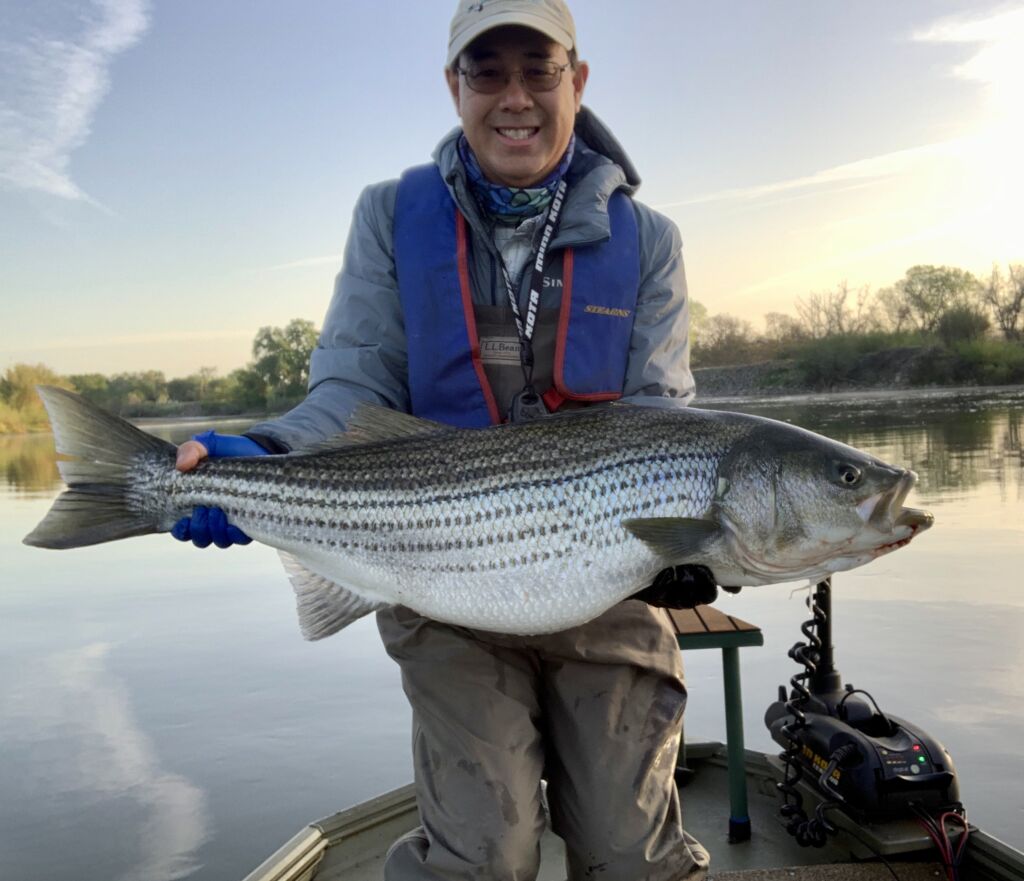 Winter and spring has been so nice this year. It’s bittersweet. We need the rain tremendously but if it’s not going to rain, the mild temps have been wonderful.

In January I fished Luk Lake twice. It’s been 10 years since I fished it. The Fly Shop in Redding plant fish in the lake every winter and it’s a good place to fly fish for trout only 40 minutes from home. In the early 90’s Kay Mitsuyoshi at Fishabout had a great relationship with the owner of the land and the lake. Leroy was his name and he allowed us (Fishabout and Orland Outfitters) to stock and manage the lake for pay and play. It was called Coffee Cup Lake and that time.  Back then, I was buying fish from American Trout and Salmon and was able to obtain some Donaldson rainbows to stock.  That strain had some steelhead in it and fought very well for its size. They are one of the premier strains of rainbows for stocking. The fish that are planted now are definitely not Donaldsons but they are 17-20 inch average and eat flies well. Another bonus is the Fly Shop allows for fishing half day. I can fish 5 hours and still have plenty of daytime to get home to do chores. 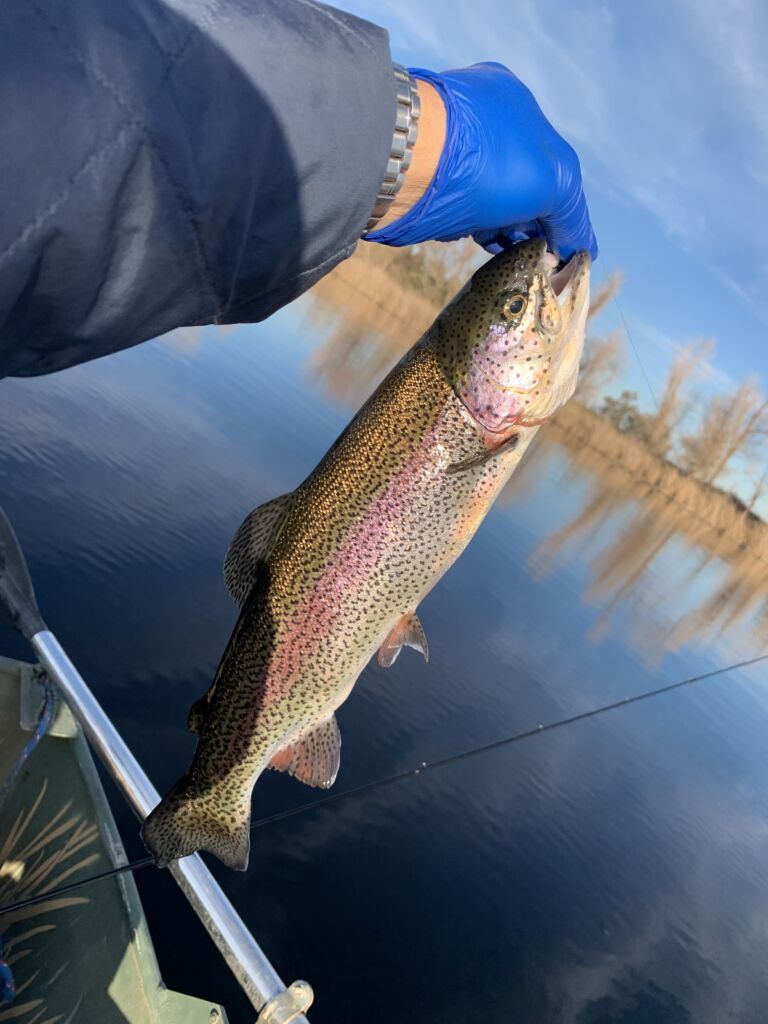 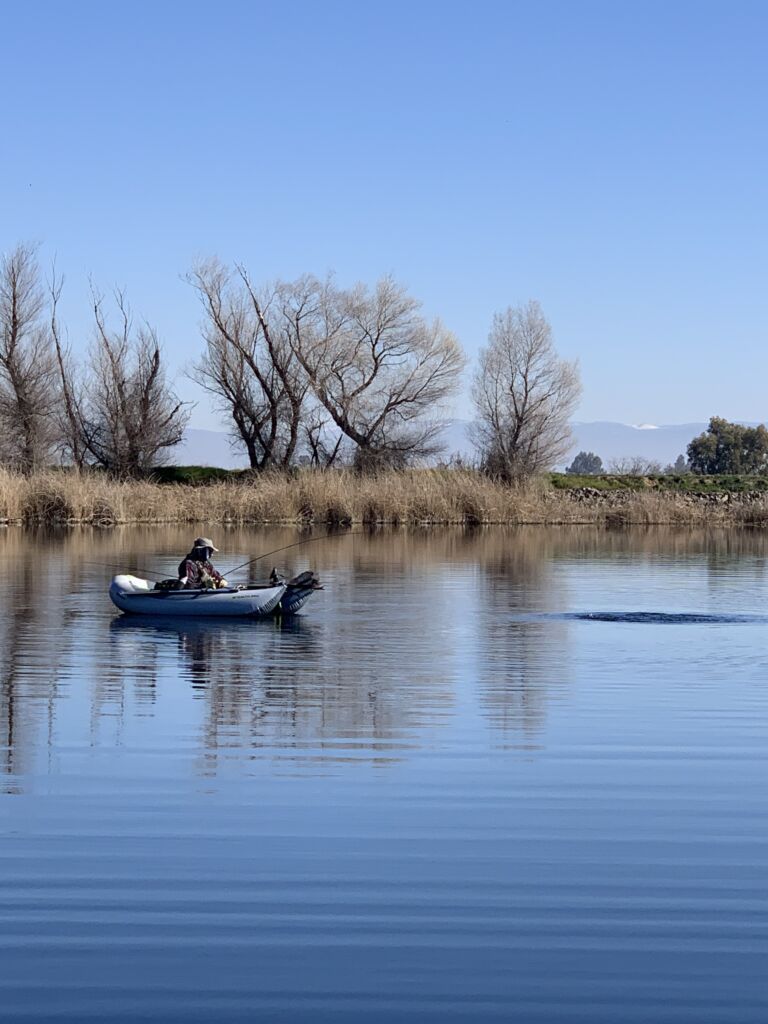 In the beginning of March, Meng invited me to fish Henderson Springs Ranch with him and a group of friends he’s become close to through Jim Cramer. Indeed they are a great bunch of guys. All very successful and charismatic gentleman. All were retired CEOs, attorneys etc.. I kind of felt unworthy but really enjoyed their company.

The fishing was off the charts great. Very few places offer quality AND quantity. This place has both and thus puts other ranches to shame. I arrived Thursday at 11:30 AM and after a quick tour of the 5 lakes, we launched our personal watercrafts at one of the lakes. Both of us were into fish right away and it continued until we quit at 5:30. Many fish were in the 3-5 pound range and surprisingly quite a few over 7-8 pounds. I landed one we thought could have been around 10 pounds but these fish are crazy hard to hold! Got a pic of it in the net but that’s it. I landed 33 fish in that half day of fishing with 20% eating stripped leeches down deep and 80% on small flies under an indicator 12 feet deep. If the trip was only for that day, I would have left a happy camper. But, it wasn’t and I had another day and a half of pulling on big trout. 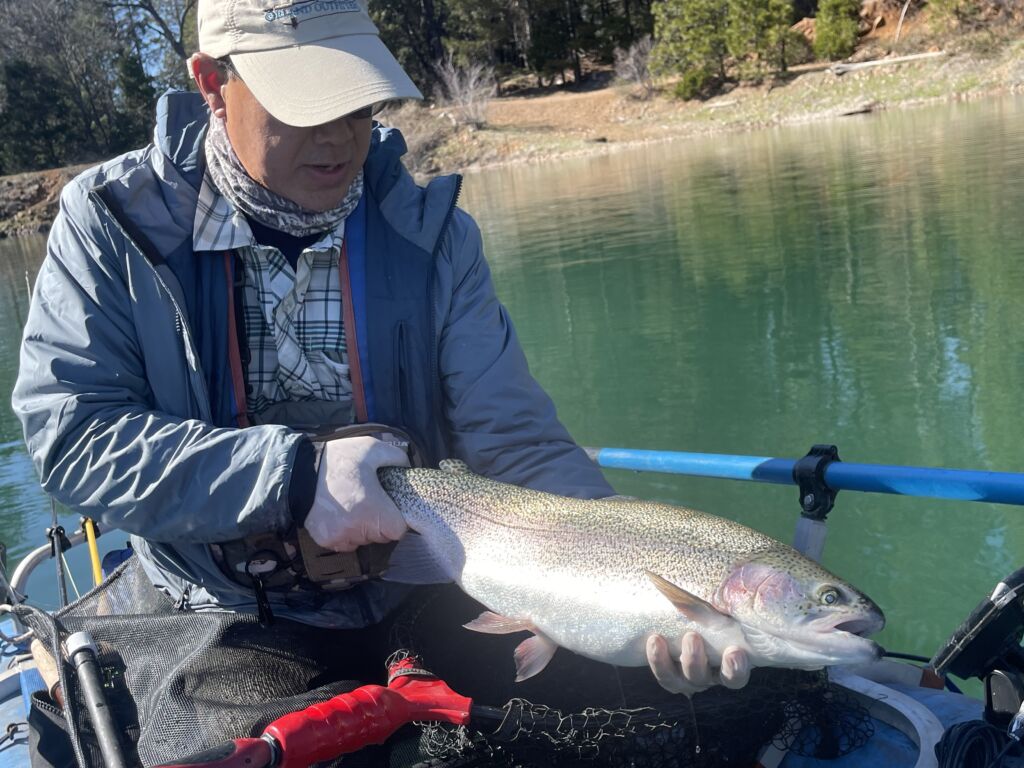 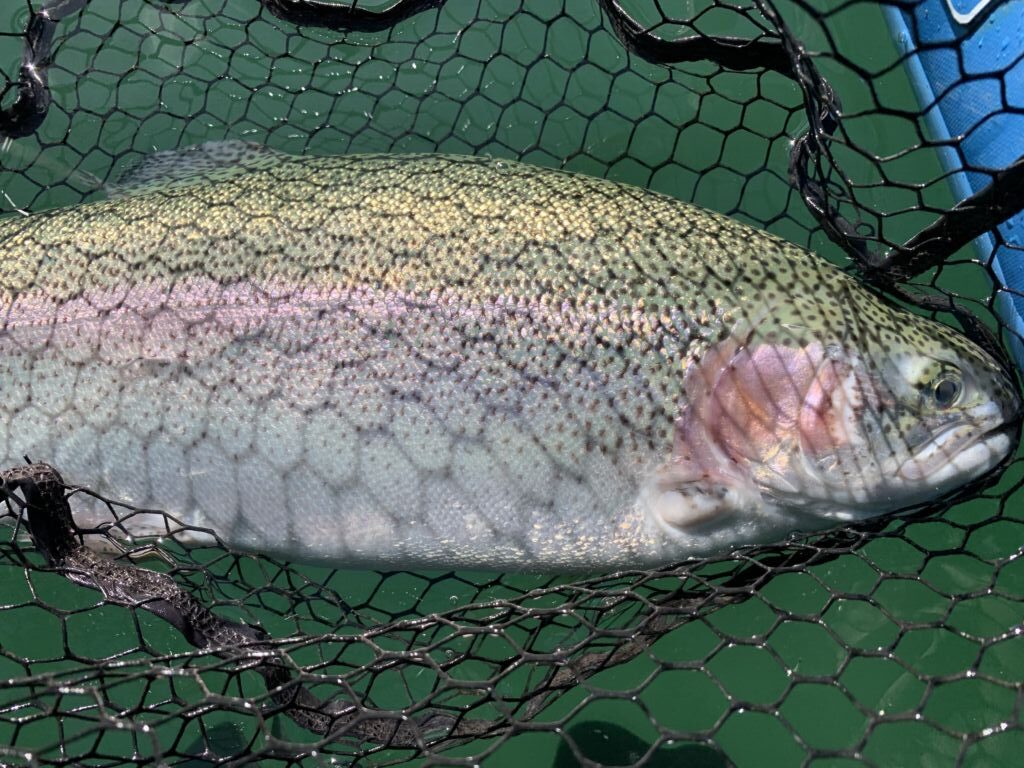 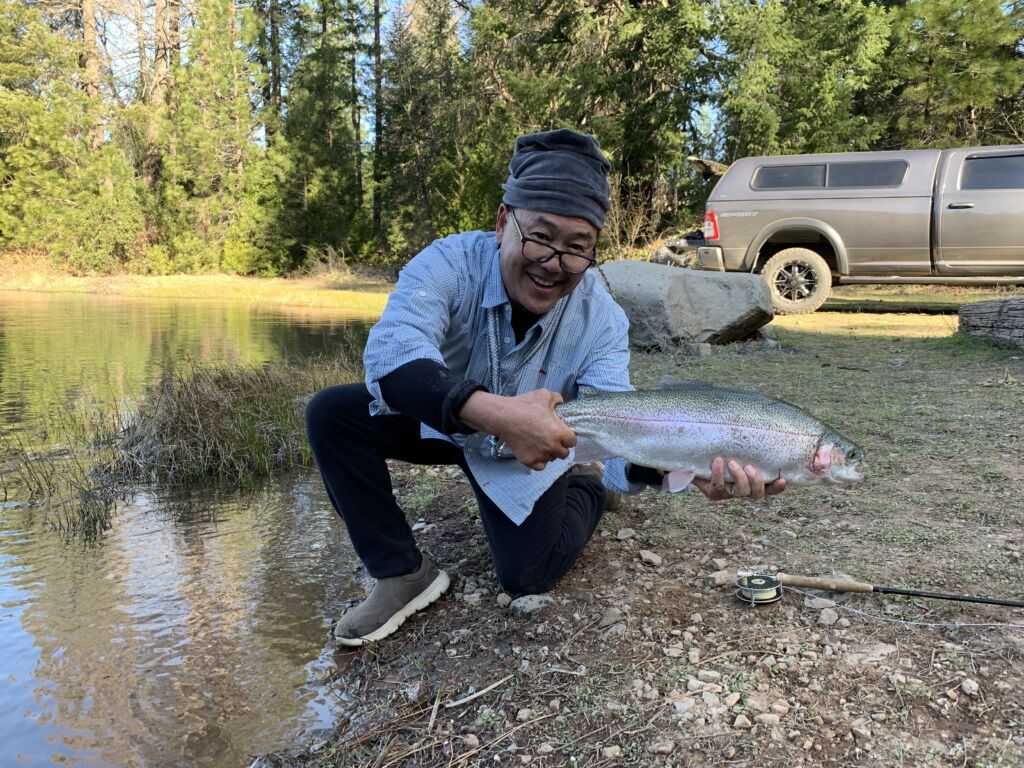 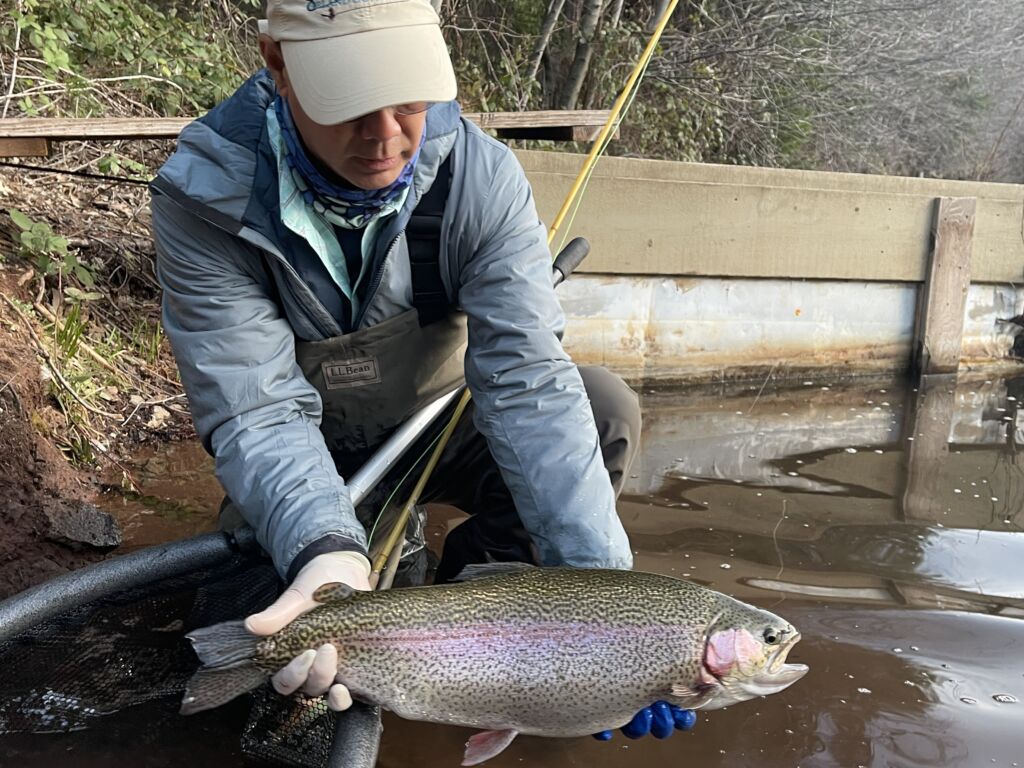 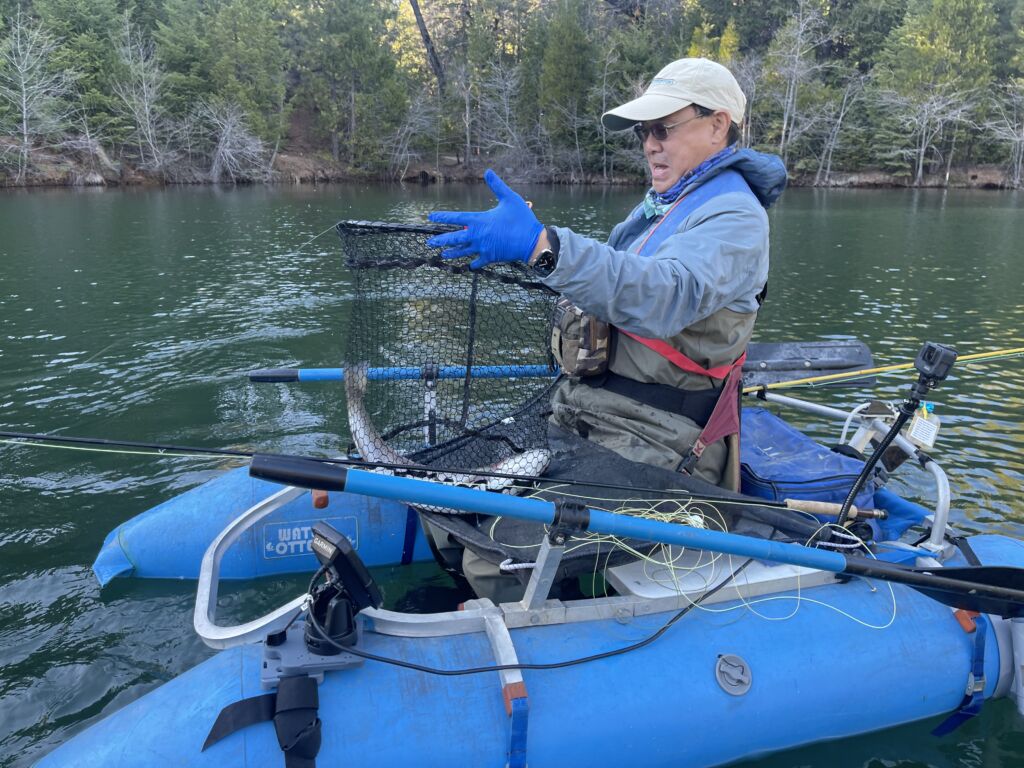 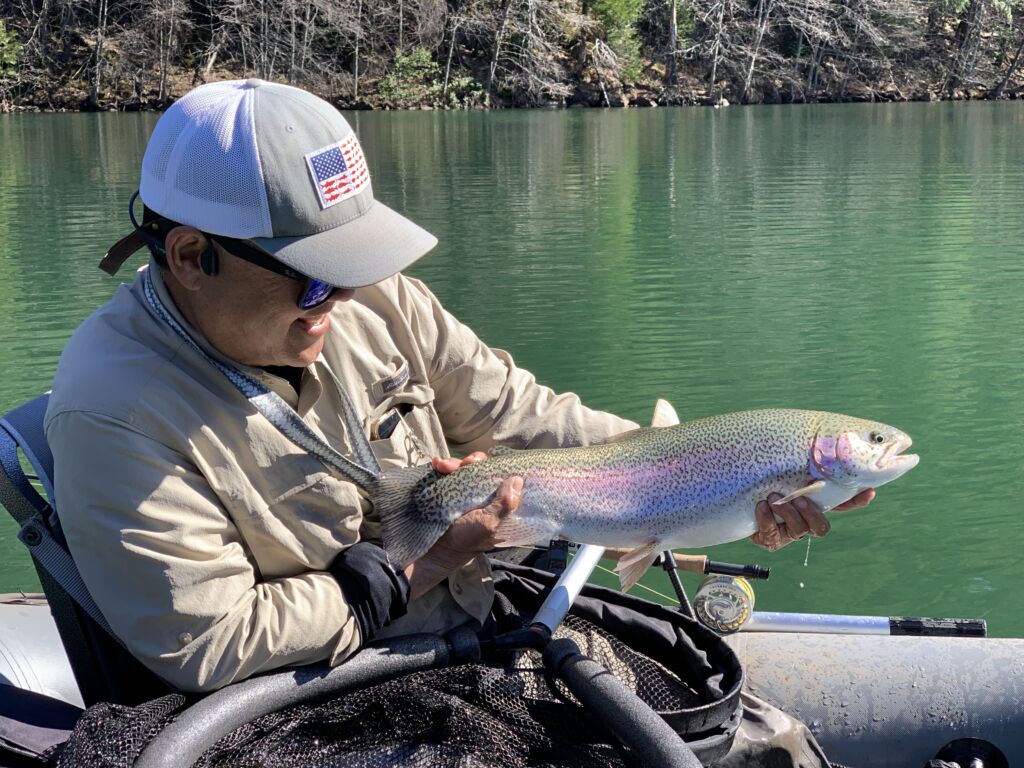 The 2 dinners at the lodge were very good. Melissa the cook, did a nice job on the meals. Hearty and tasty with great desserts. 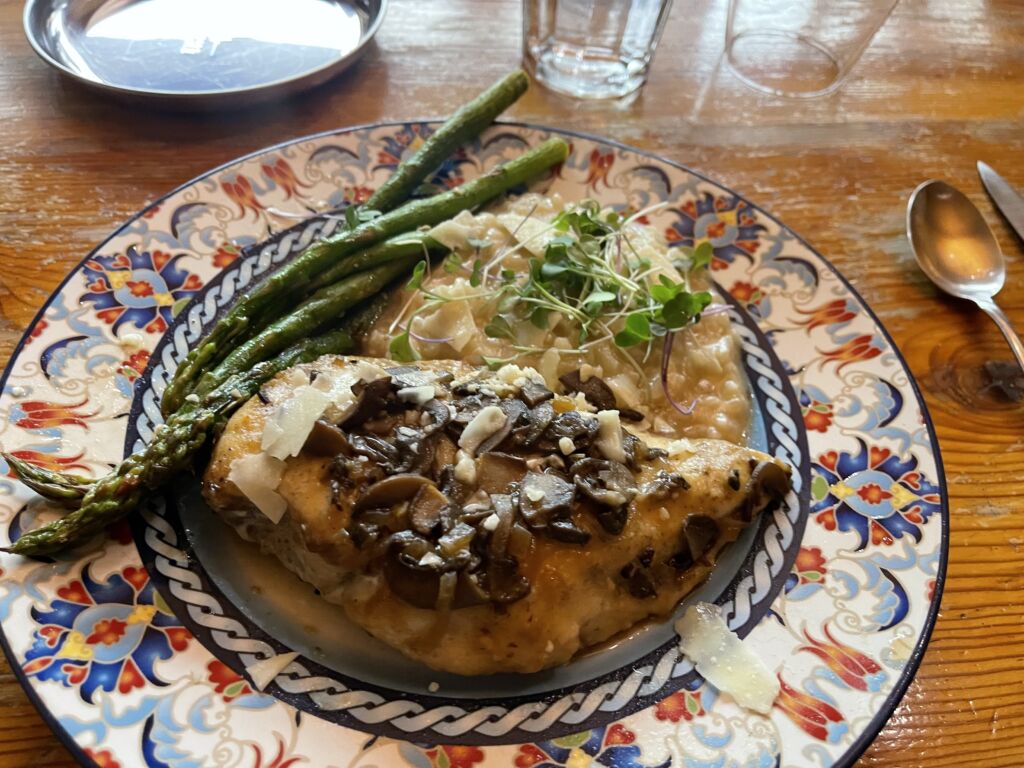 The accommodations were also good. Each person has their own room and there are 3 bathrooms shared for a maximum of 8 guests 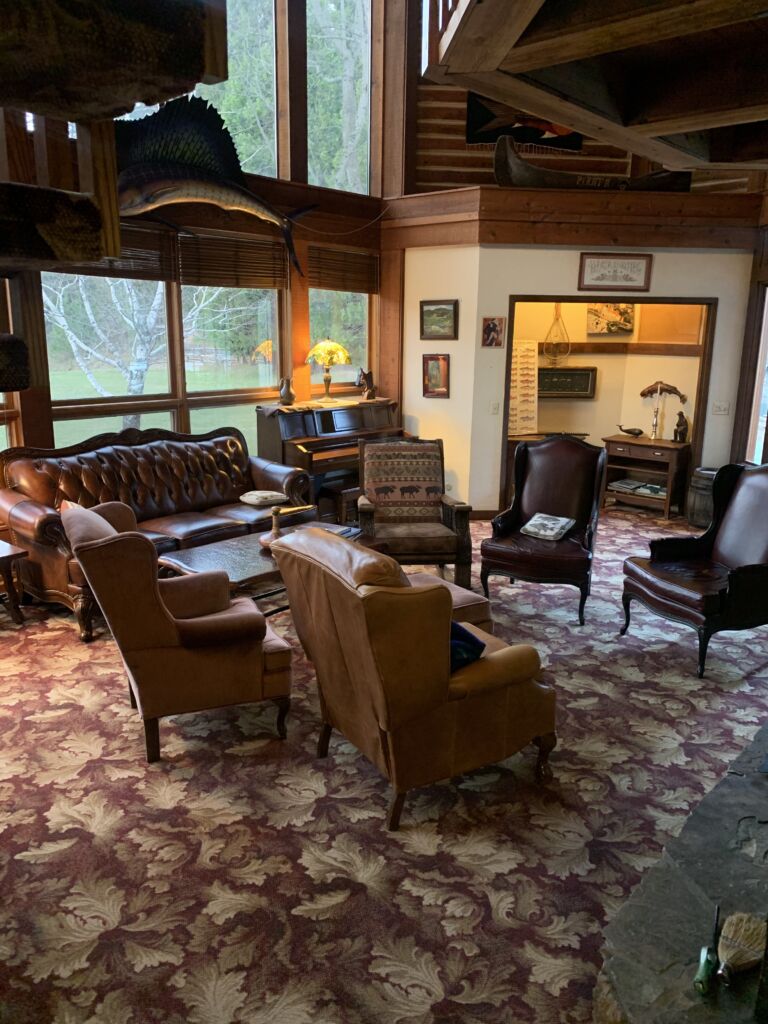 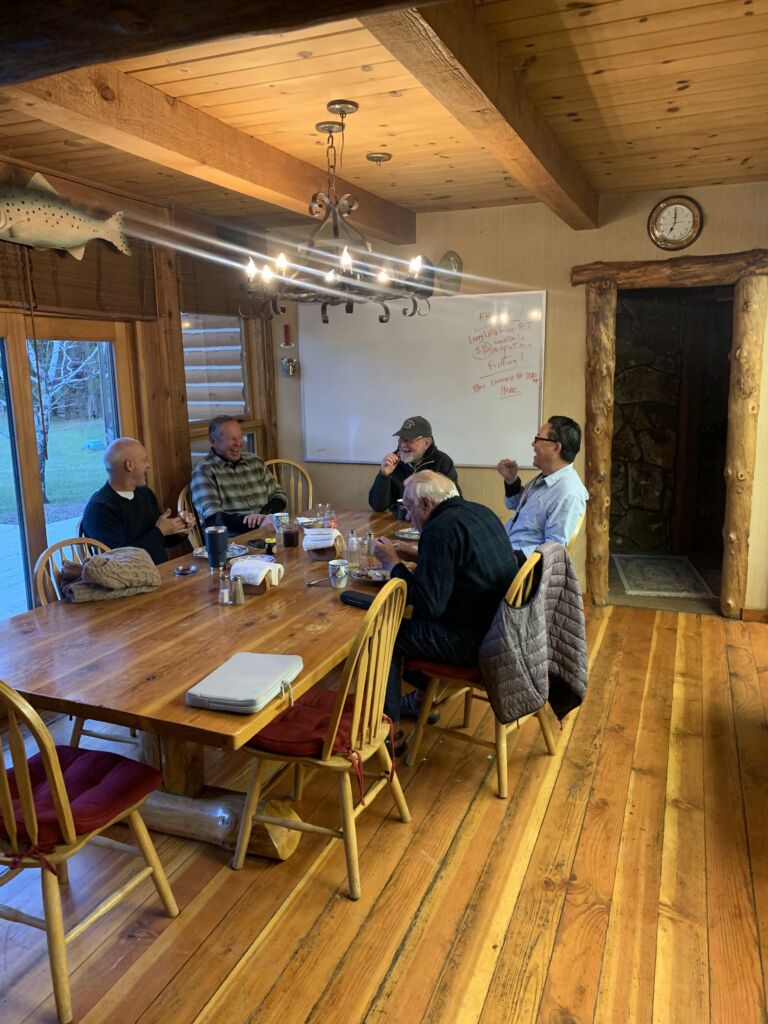 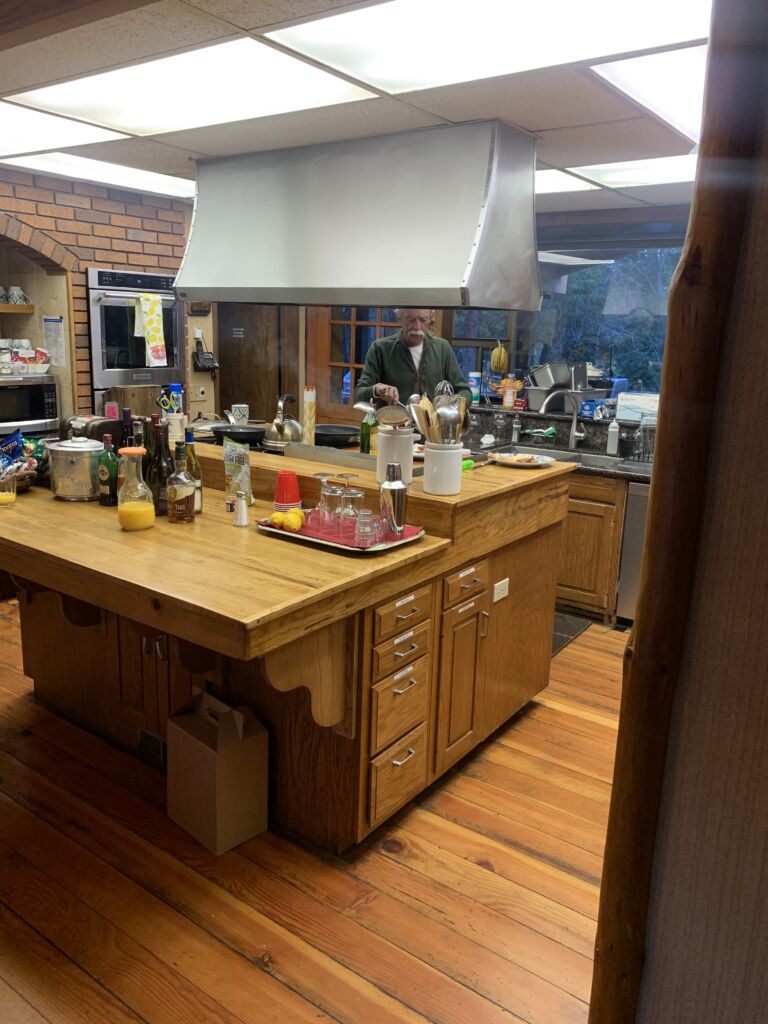 Henderson Springs is a great trout fishing getaway. There is no better place in California to hook many large trout on flies. It does come at a price…and that price is $357/day. If you add dinner at $100/person/night, it’s pricey. However, hiring a good guide for a day’s fishing with a buddy will be $300 each. For a little more money, you could be into huge trout all day long and fish dawn to dusk if you like.

Since the boys are going to different schools in different states, their spring breaks do not match up. Michael came for a few days and we were able to play some golf with Emma too! 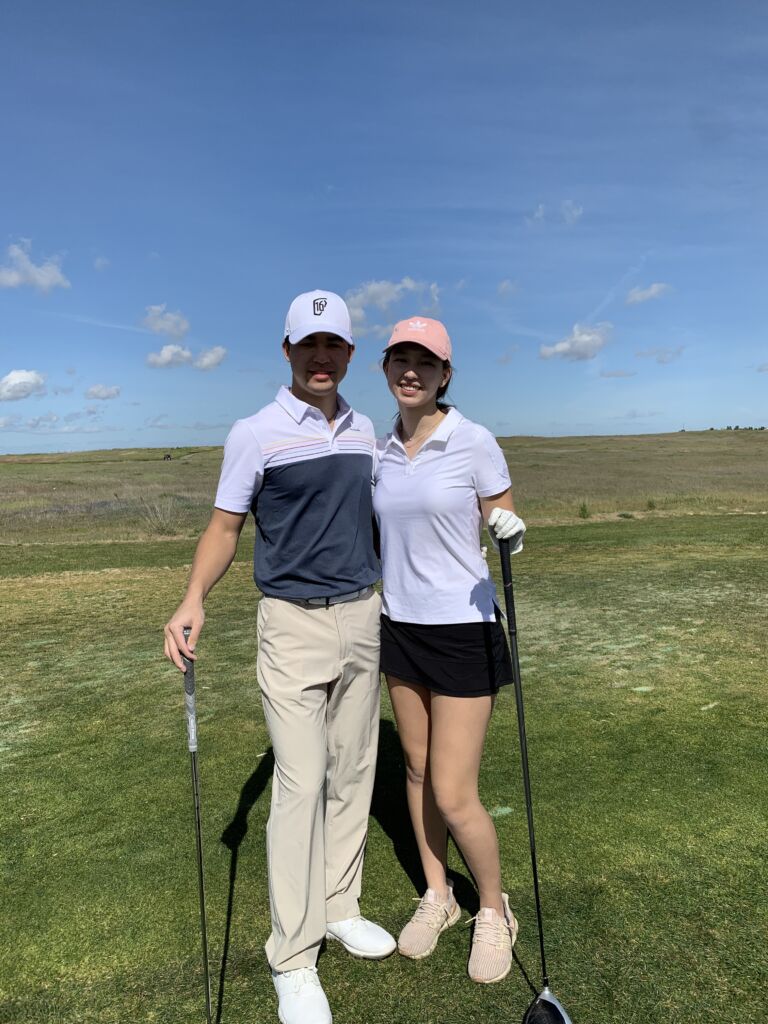 Matthew came home a week later and was sick most of the time:((. Good thing he had us, well mainly Mom, to cater to his every need:)).

The striper fishing up here has been good. I fish at first light (6:30am) and usually I’m home by 8:30 or 9 at the latest. There has been subsequent smolt releases the past few weeks and the stripers are really keying in on them. When the sun is off the water, the fish are busting on the smolts on the surface. Makes it easy for me to find them. So far I have not had a bad morning out there. However, I took Kenny Oda recently and the fishing was not as good. The majority of the smolts are downstream now so it’s definitely slowing down. There could be more smolts released soon but because I live so close to the river, I have the luxury to pick and choose the best mornings to go out. Smolt release, cloud cover and no wind! That combinations is the ticket for great fishing. 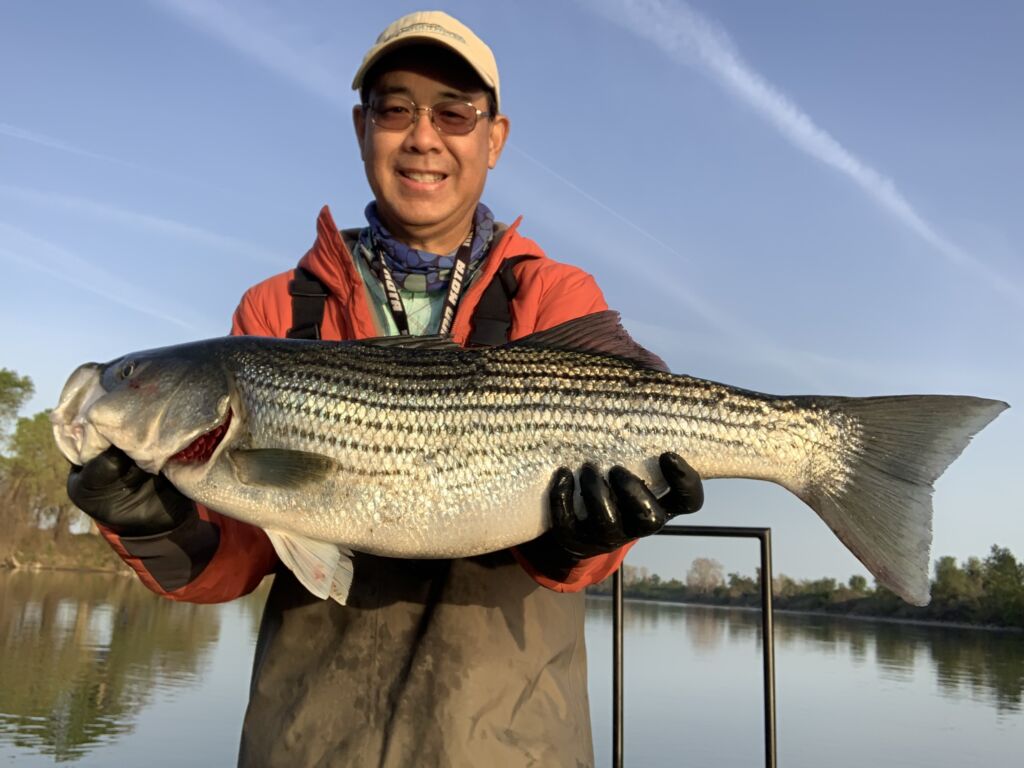 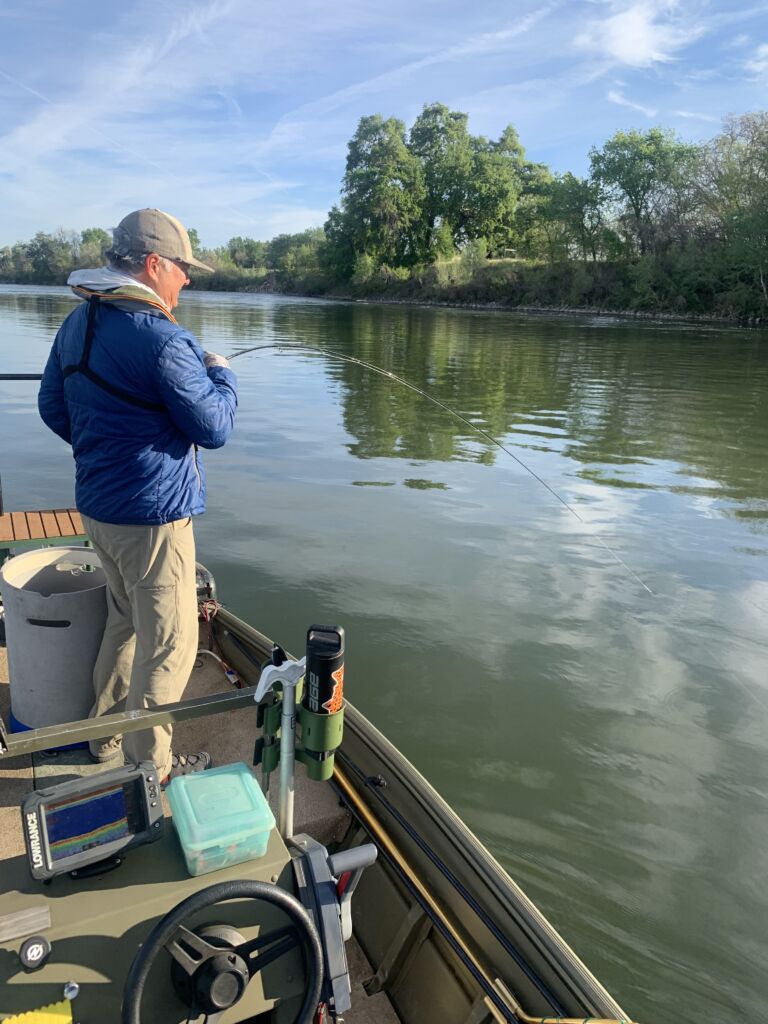 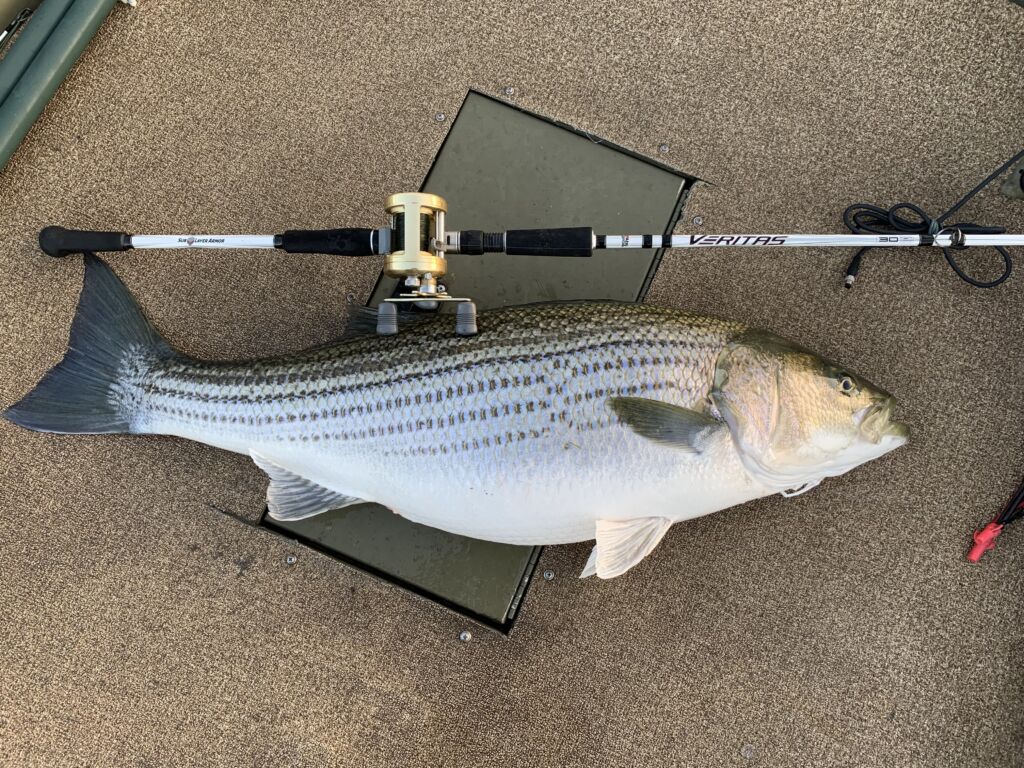 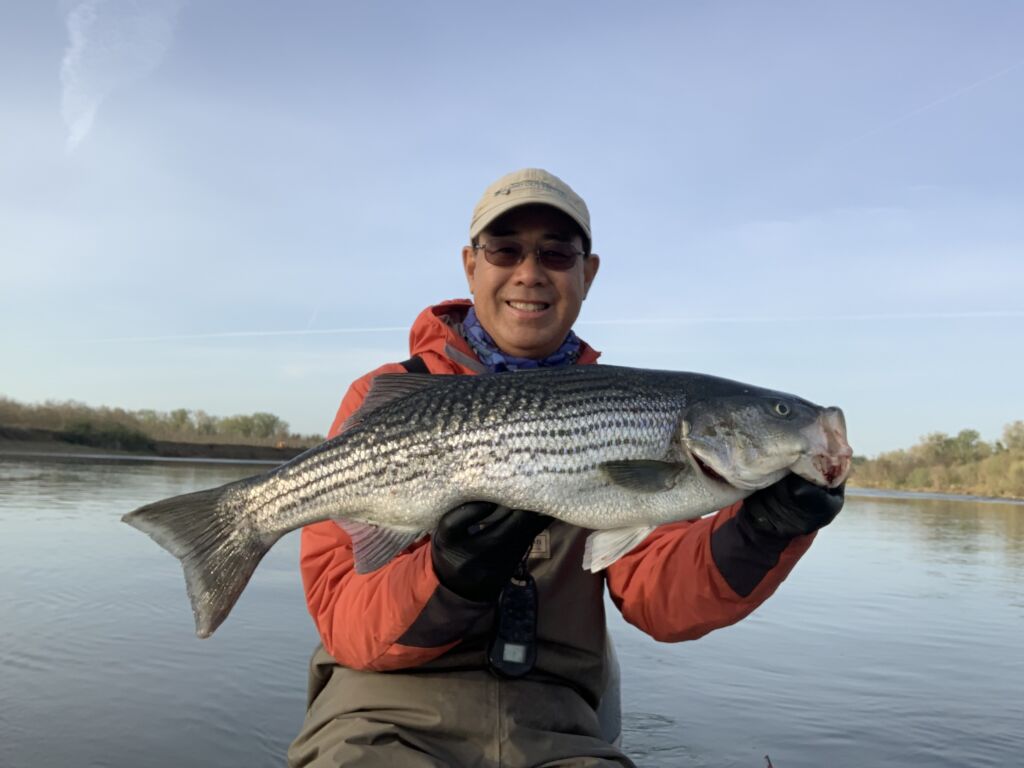 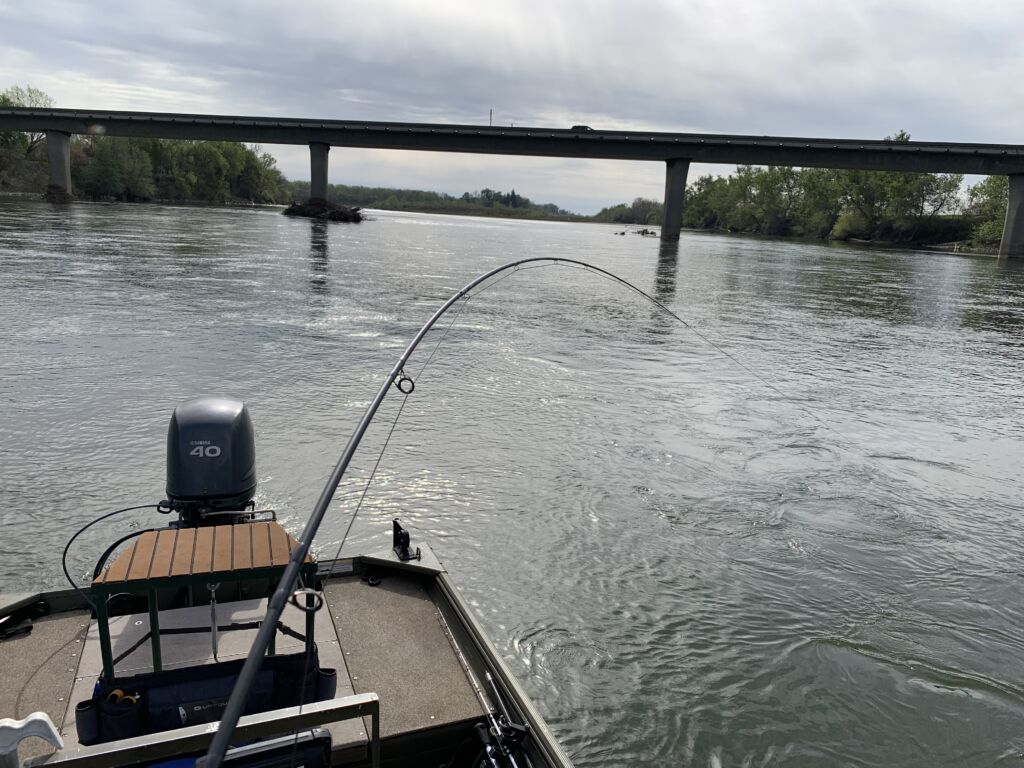 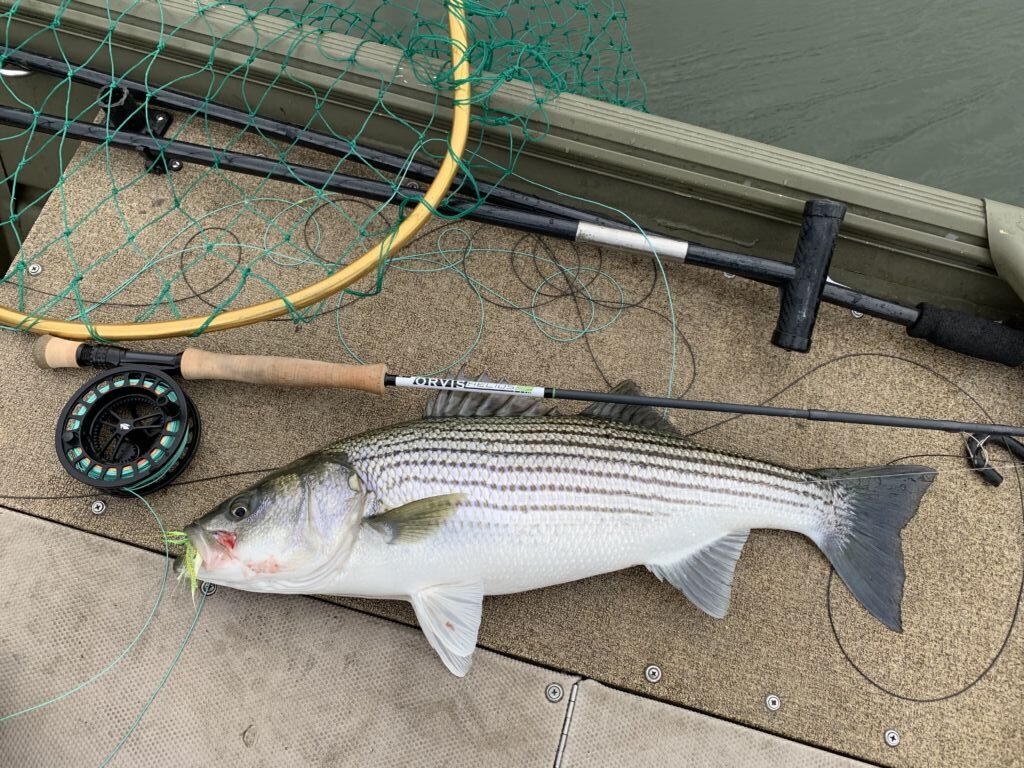 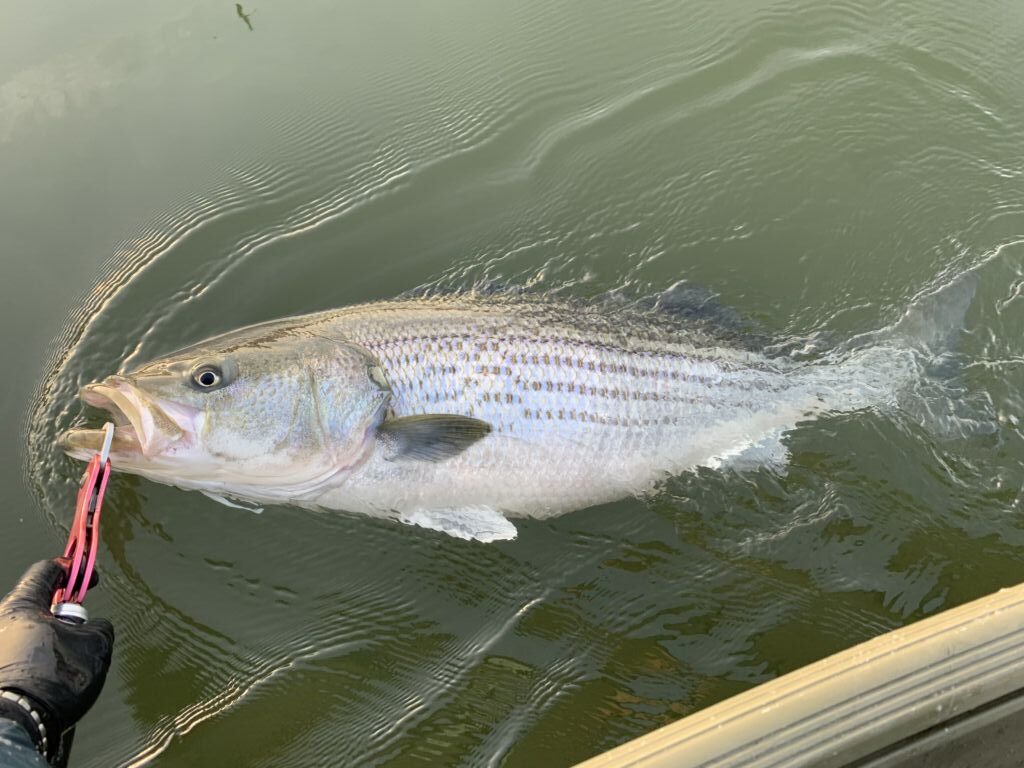 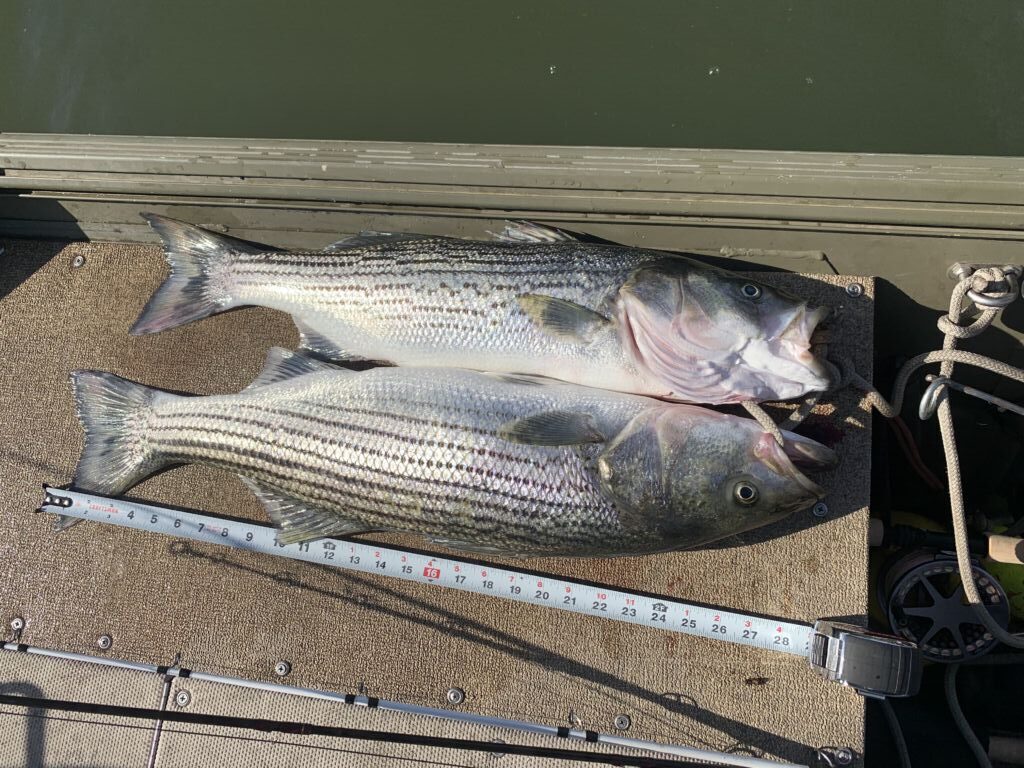 During the off season, I spent some time putting together a golf simulator in the barn. I had to sell my drift boat to make room but it was worth the swap! Will it help my game? I don’t think anything will but at least I can hit balls anytime I want…indoors! 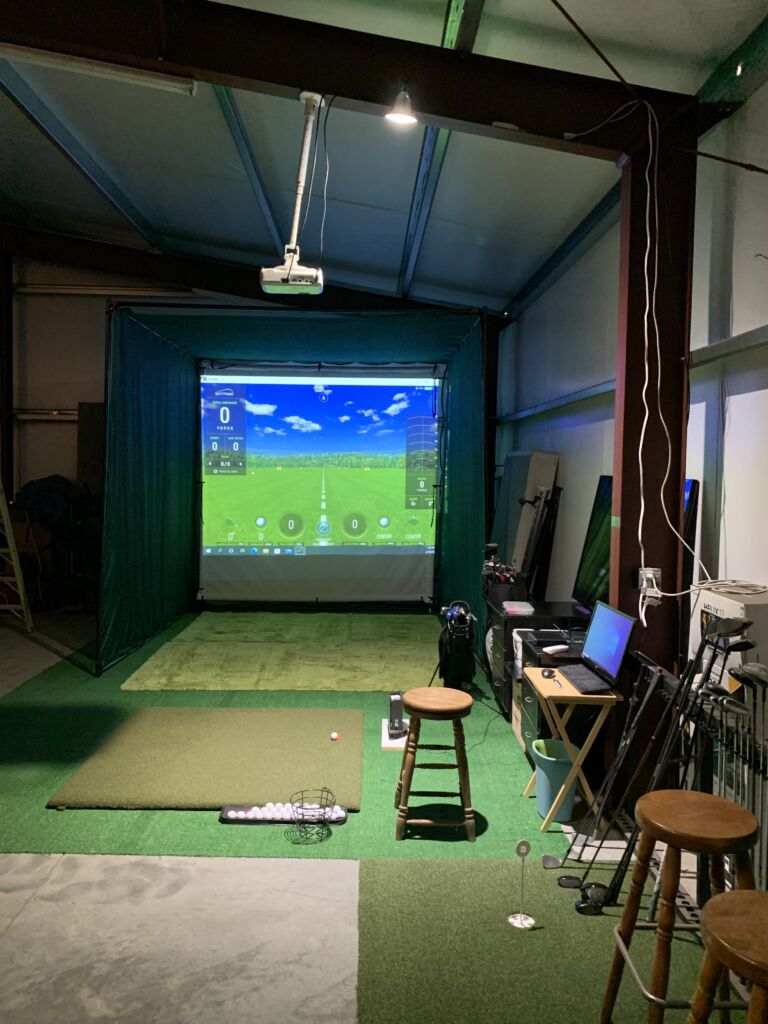 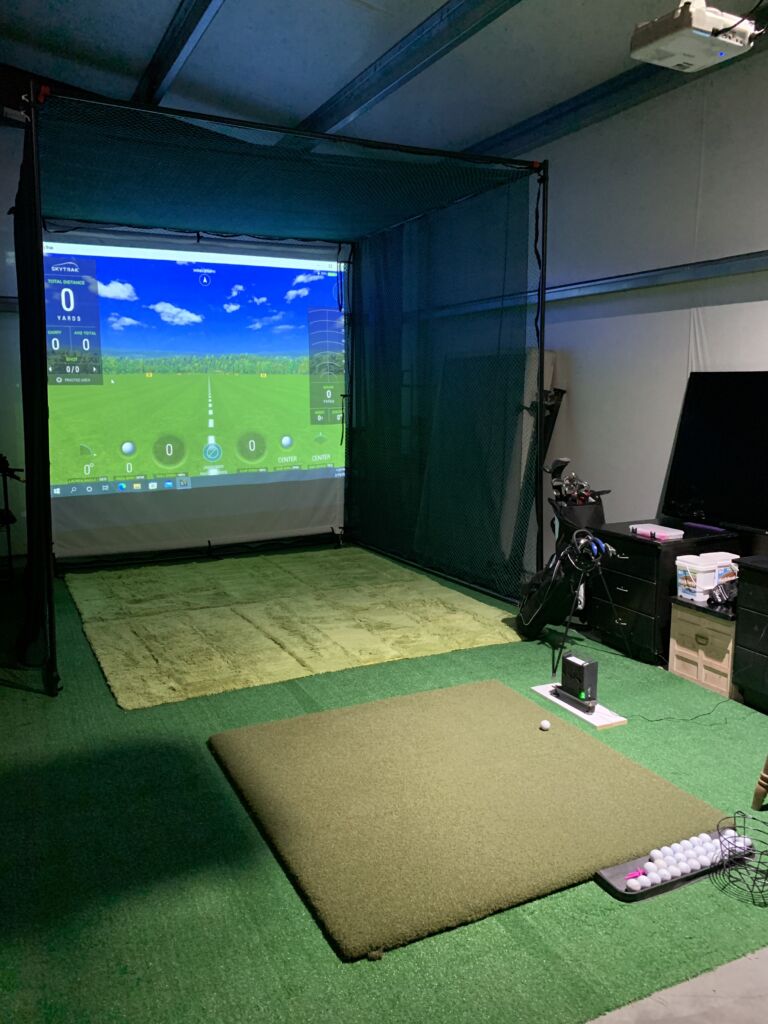 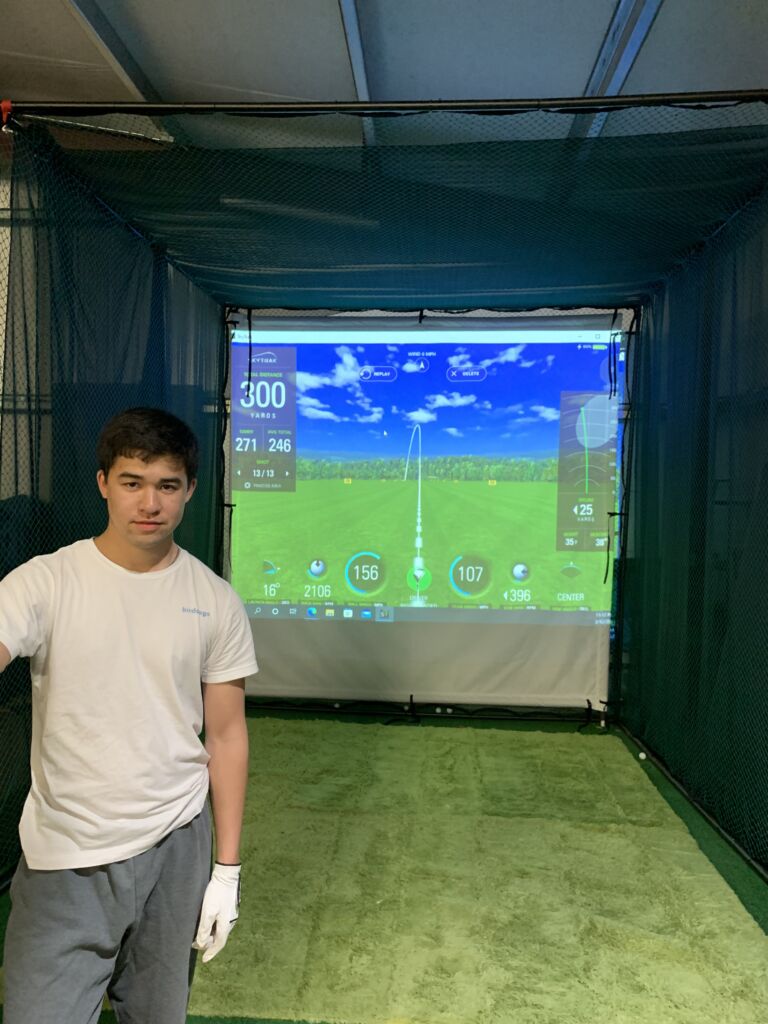 In early January I walked out to the pond and noticed a big swirl in the middle. I thought it might have been one of the sturgeon I occasionally see. WRONG! It was an otter. Apparently I saw him too late because he ate just about all my fish! When the weather warms up I start feeding the fish again…..what fish! They are gone. Usually they feed on the floating pellets like piranha. Nowadays only 2-3 inch bluegills are eating. There were  60-70 catfish from 6 inches to 15 pounds in the pond along with dozens of black bass up to 6 pounds. They are are not showing themselves like usual so I think they were all in the belly of the otter. Otters can eat 20 pounds of fish a day so maybe by the time I noticed the critter in there, it must have been eating for weeks like Kenny Oda or Jerry Wang or Mark Won!:)) 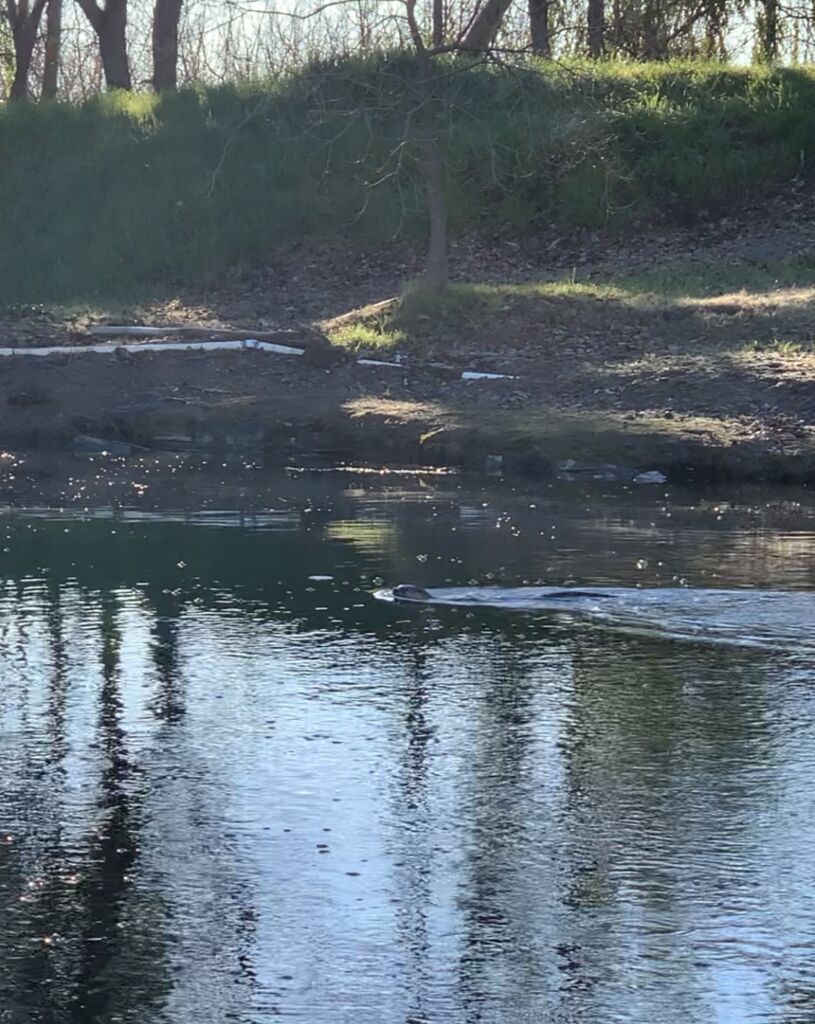